It has been more than two weeks since wildfires first broke out in Fort McMurray in the Canadian province of Alberta. The burned area continues to grow even larger, as fires are still spreading under warm, dry conditions.
On May 15, 2016, the Visible Infrared Imaging Radiometer Suite (VIIRS) on the Suomi-NPP satellite captured a natural-color image (top) of active fires detected in Alberta and smoke that crossed into Saskatchewan. Red outlines indicate hot spots where VIIRS detected warm surface temperatures associated with fires.
On the day this image was acquired, 15 wildfires burned around Fort McMurray. Nine of them were new fires, having ignited within the previous 24 hours. Two were burning out of control. The burned area's size - 2,510 square kilometers (970 square miles) - had grown somewhat, increasing by about four percent since a few days before, on May 12.
The Operational Land Imager (OLI) on the Landsat 8 satellite acquired an higher resolution image (bottom) of the burn scar on May 12, when the burn area spanned about 2,410 square kilometers (930 square miles). The false-color image combines shortwave infrared, near infrared, and green light (OLI bands 7-5-3). With this combination, burned areas appear brown. Near- and short-wave infrared help penetrate clouds and smoke (white) to reveal the hot spots associated with active fires (red).
The return of residents to Fort McMurray could be hampered by poor air quality, according to news reports. On May 16, the air quality index hit 38 on a scale that typically ranges from one to 10. A lower the number indicates a lower health risk.
References
Alberta Environment and Parks (2016, May 16) Air Quality Health Index. Accessed May 16, 2016.
Alberta Government (2016, May 15) Update 15: Fort McMurray Wildfire (May 15 at 5:45 p.m.) Accessed May 16, 2016.
Edmonton Journal (2016, May 16) Premier hints at delay in Fort McMurray re-entry because of extremely poor air quality. Accessed May 16, 2016.
NASA image (top) by 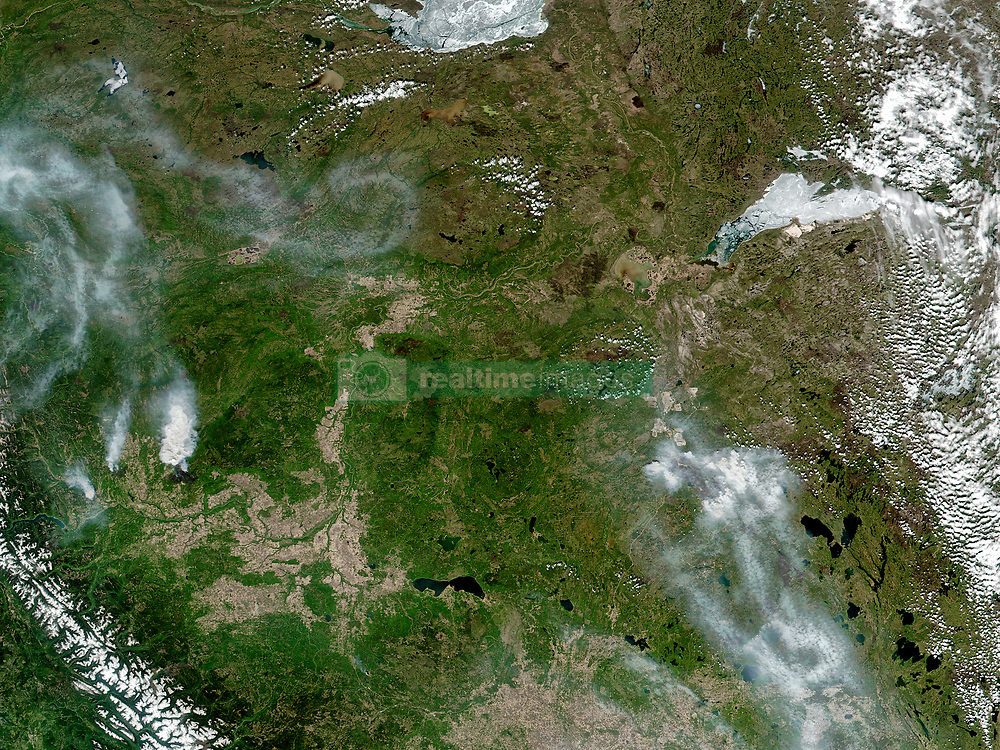