The Most Reverend Desmond Tutu begins his first day of work as Visiting Professor in Post-Conflict Societies for the 2004 spring term at King's College London in central London, where he will teach and later today preach inside the university's chapel at the Beginning of Term Service. This will be the first time that the former Archbishop of Cape Town has held a post at a British university, though it was at King's where he studied for his Master of Theology during the 1960's. Desmond Tutu was honoured with the Nobel Peace Prize in 1984 for his work as General Secretary of the South African Council of Churches after working tirelessly against apartheid. 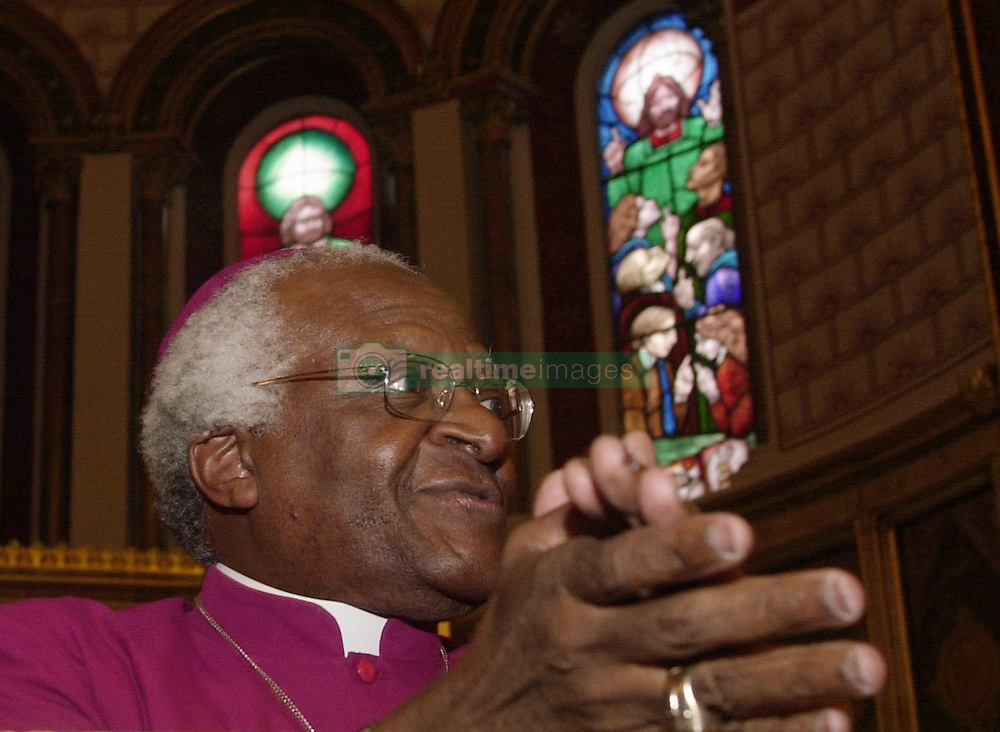