July 20, 2017 - Kolkata, West Bengal, India - A multi-storied building in Central Kolkata, which houses a number of offices, caught fire this afternoon. Some of the glass panes had to be broken for the rescue operations had to be broken for the rescue operations and to release the smoke. There has been no casualty, said fire services minister Sovan Chatterjee, who is also the city mayor. Eight people were taken to a local hospital, six of them were released after First Aid. Two, who fell sick from inhalation of smoke, have been admitted...The fire broke out at the third-floor of the building -- called Aspirations -- in the offices of the Gas Authority of India Limited around 1 pm, sources said.Ten fire tenders were pressed into service to control the blaze - an operation that took more than an hour. The fire tenders had trouble making their way through the narrow lane on July 20,2017 in Kolkata,India. (Credit Image: © Debajyoti Chakraborty/NurPhoto via ZUMA Press) 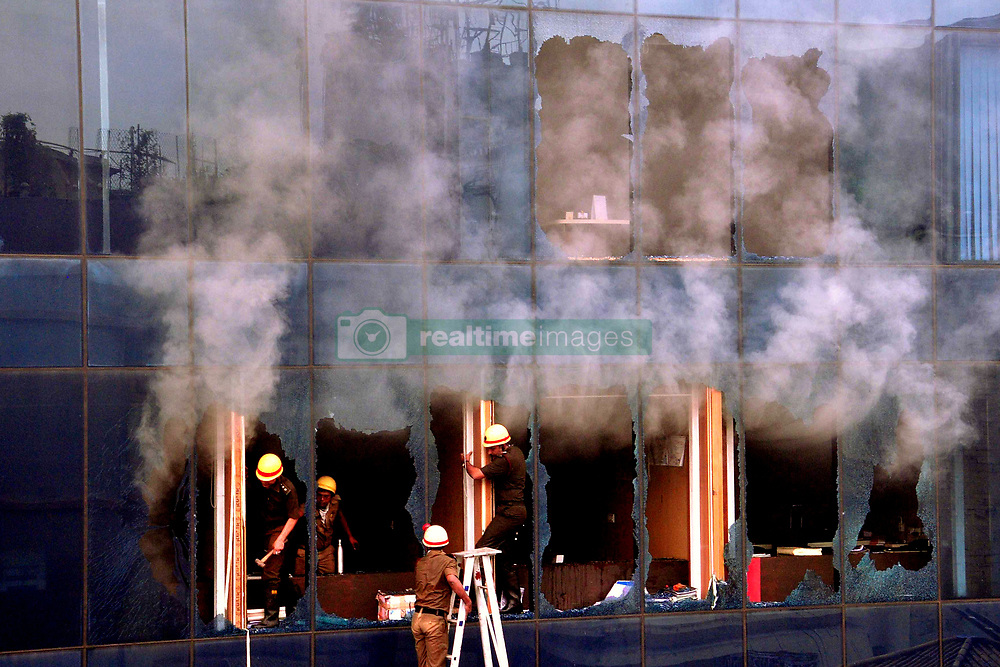