April 30, 2019 - Boston, Massachusetts, U.S. - A remarkable assortment of 19 original negatives of President John F. Kennedy will be auctioned by Boston-based RR Auction.Ê The photographs were taken at the 'Winter White House,' the Kennedys Palm Beach residency at 1095 N. Ocean Boulevard, in December 1962 and January 1963. The images were taken by photographer Eddie Johnson, who traveled to the Floridian getaway as the personal assistant of Elaine de Kooning, a celebrated portrait artist recently commissioned to paint President Kennedy's official portrait for the Truman Library.Ê A total of nine strips, feature 19 images of either JFK, De Kooning, or both, with all but two images featuring the president, who is either captured in a full-length stance or in a seated pose reading or conversing with Secretary of Agriculture Orville Freeman.ÊThe negatives include their original sleeves, which are dated either December 29, 1962 or January 3, 1963. Also included are two 35mm negative strips, with one containing six images and the other three images, with subjects similar to the above negatives.Ê Accompanied by a group of 13 modern photo prints, 11 matte-finish and two glossy, containing select images of the president and De Kooning, with reverse of glossy photos bearing an Eddie Johnson copyright stamp dated to 1963, and two typed draft letters from Johnson to President Clinton. (Credit Image: © Eddie Johnson Estate/RR AUCTION via ZUMA Wire/ZUMAPRESS.com) 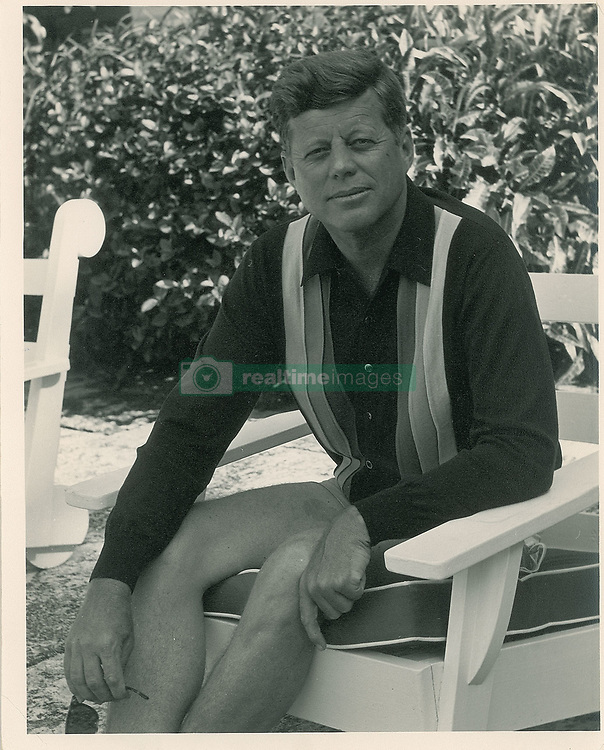