December 9, 2016 - Salem, Oregon, U.S - Plaintiff KELSEY JULIANA, in red scarf, listens to the proceeding during a hearing before the Oregon Court of Appeals in Salem. Juliana filed suit against Oregon Gov. Kate Brown and the state of Oregon for violating her constitutional and public trust rights. The case is seeking a court order to compel the state to take science-based action to address the climate crisis and prevent catastrophic and irreversible impacts. Juliana, and the girl seated next to her AVERY MCRAE, 11, are both plaintiffs in the landmark federal lawsuit against the federal government over climate change. (Credit Image: © Robin Loznak via ZUMA Wire) 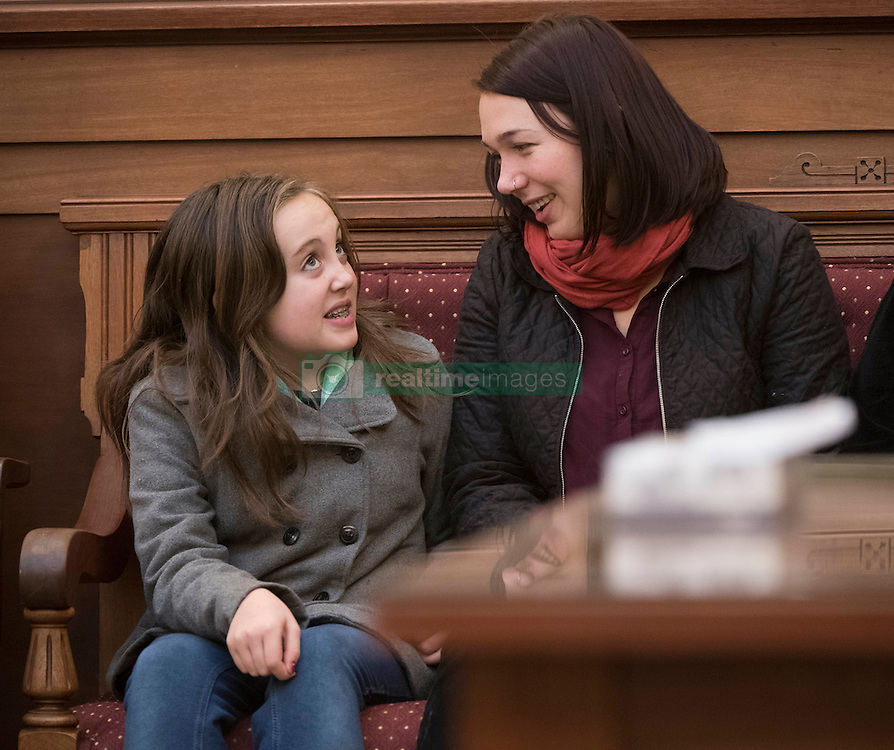