April 16, 2018 - India - People hold candles and placards as they participate in the protest demanding justice for 8-year old Asifa Bano in Srinagar,Kashmir on April 16, 2018. Asiifa, the nomadic gujjar child was brutally raped and murdered in Kathua district of Jammu in January 2018. The Crime Branch of Police has filed a charge sheet of the case in a local court and indicted eight people in the case. (Credit Image: © Faisal Khan/Pacific Press via ZUMA Wire) 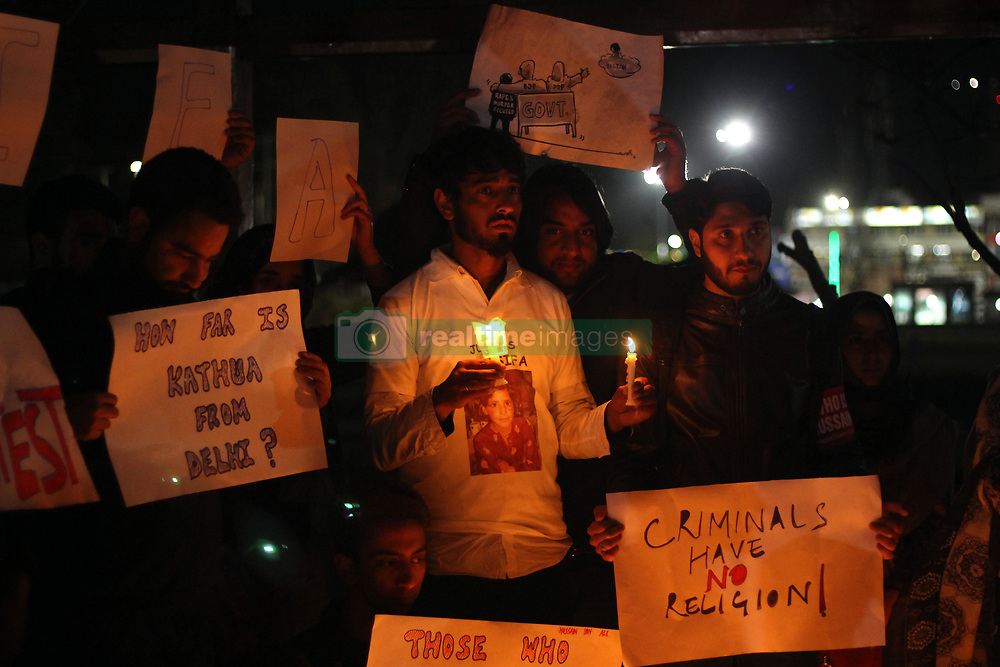