Jan. 29, 1970 - January 29th, 1970 Goldie Hawn arrives Ã¢â‚¬â€œ Goldie Hawn, the kooky blonde of the American TV show, The Rowan and Martin Laugh-in seen on British TV, arrived at Heathrow Airport today. Tonight she will be one of the leading guests at the premiere in LondonÃ¢â‚¬â„¢s West End, of the film Ã¢â‚¬Å“MaroonedÃ¢â‚¬Â, which stars Gregory Peck. Goldie has made her first film Ã¢â‚¬Å“Cactus FlowerÃ¢â‚¬Â, and her second Ã¢â‚¬Å“ThereÃ¢â‚¬â„¢s a Girl in My SoupÃ¢â‚¬Â will be made in Britain. Photo Shows: Goldie Hawn pictured on her arrival at Heathrow Airport, with her husband, Gus Trekonis. (Credit Image: © Keystone Press Agency/Keystone USA via ZUMAPRESS.com) 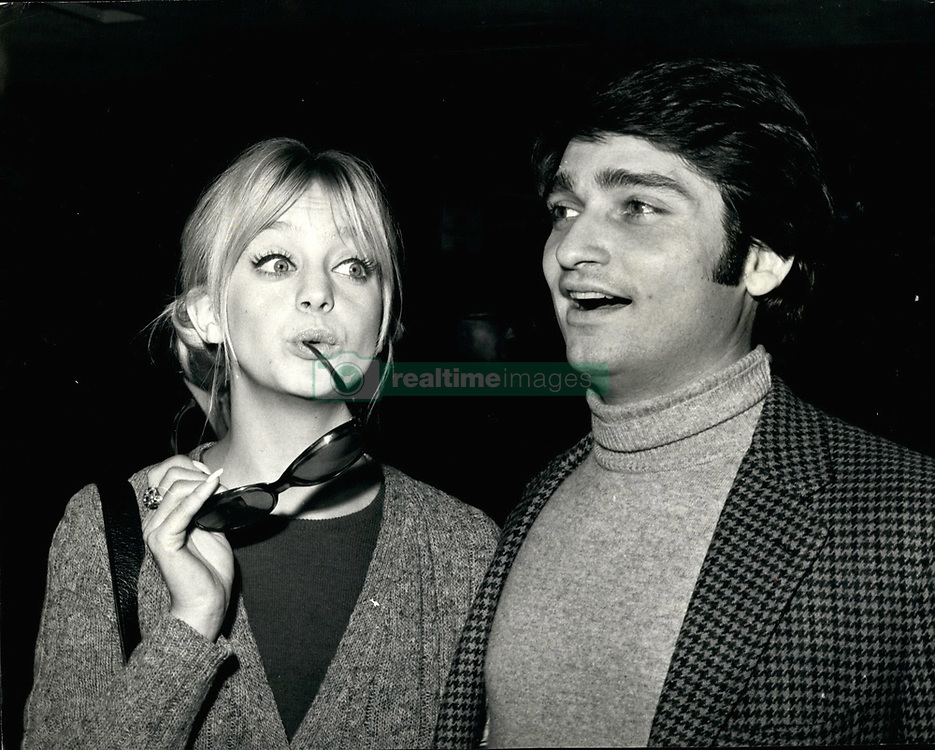