File photo dated May 12, 2009 of President Barack Obama flanked by Vice President Joe Biden, delivers remarks at a ceremony honoring Top Cops award winners in the Rose Garden at the White House in Washington, DC. Former President Barack Obama endorsed Joe Biden, his two-term vice president, on Tuesday morning in the race for the White House. Choosing Joe to be my vice president was one of the best decisions I ever made, and he became a close friend. And I believe Joe has all the qualities we need in a president right now, Obama said in a video posted to Twitter. Photo by Olivier Douliery/ABACAPRESS.COM (Pictured:Barack Obama , Joe Biden) 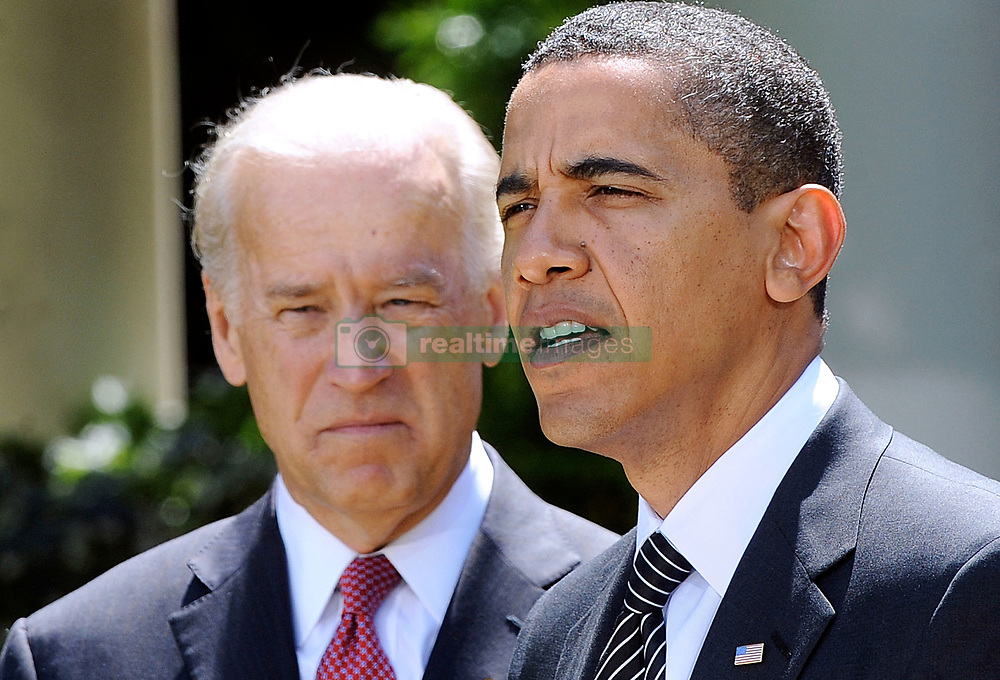