NELSON ROLIHLAHLA MANDELA (July 18, 1918 - December 5, 2013), 95, world renown civil rights activist and world leader. Mandela emerged from prison to become the first black President of South Africa in 1994. As a symbol of peacemaking, he won the 1993 Nobel Peace Prize. Joined his countries anti-apartheid movement in his 20s and then the ANC (African National Congress) in 1942. For next 20 years, he directed a campaign of peaceful, non-violent defiance against the South African government and its racist policies and for his efforts was incarcerated for 27 years. Remained strong and faithful to his cause, thru out his life, of a world of peace. Transforming the world, to make it a better place. PICTURED: 1994 - South Africa - NELSON MANDELA is greeted jubilantly by supporters in during his electrion campaign that spanned the country and saw him win the first ever democratic non-racial elections in South Africa. (Credit Image: © Greg Marinovich/ZUMA Wire/ZUMAPRESS.com) 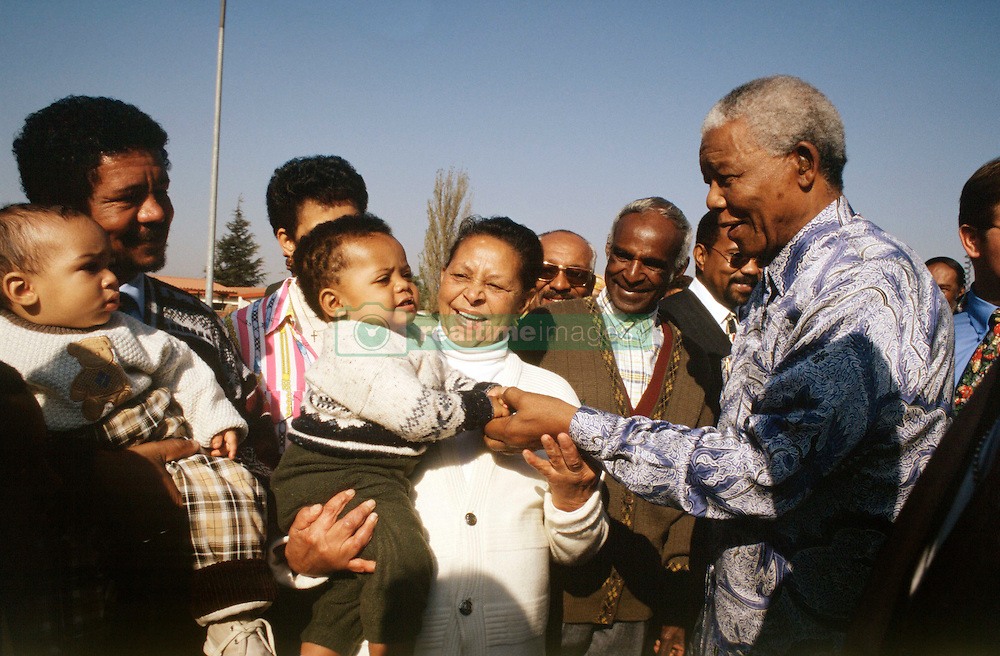