Funeral of Palestinian toddler killed in Israeli airstrike in Gaza

May 5, 2019 - Gaza City, Gaza Strip, 05 May 2019. Close relatives prepare for the funeral of 14-months-old Saba Mahmoud Abu Arar, who lost her life in an Israeli airstrike that hit her home in the al-Zaytoun neighbourhood on the east of Gaza City on Saturday. Seba died immediately during the attack, while her pregnant mother was seriously wounded and died later in the evening. The airstrike took place as Israel was carrying out an intensive aerial offensive on the Gaza strip following the launching of several rockets from Gaza into Israel (Credit Image: © Ahmad Hasaballah/IMAGESLIVE via ZUMA Wire) 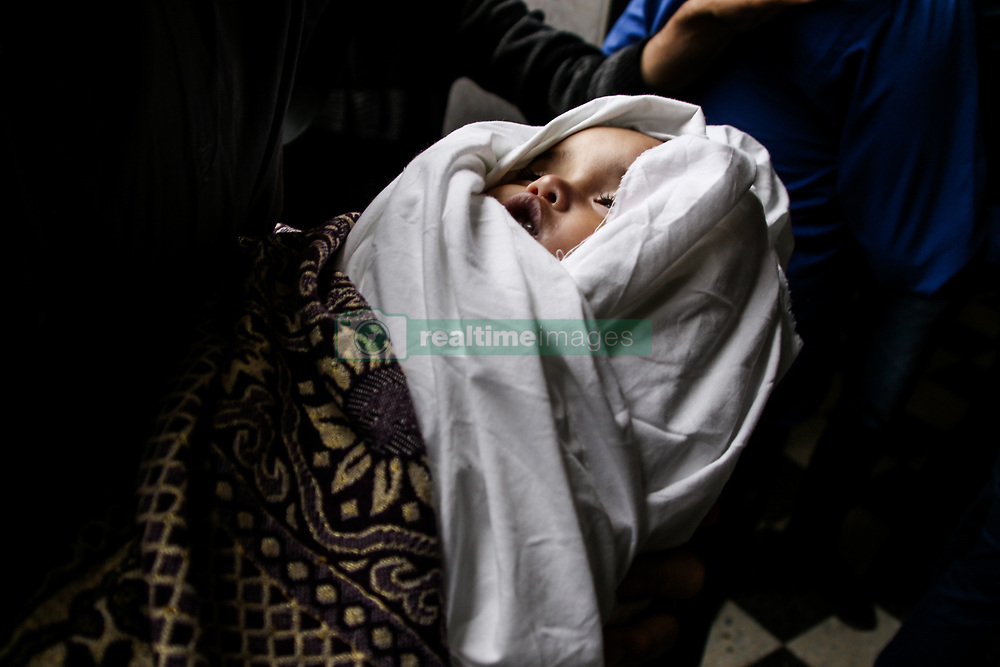