September 22, 2017 - Minneapolis, Minnesota, USA - General Mills volunteer Paul Nordling wiped sweat from his eyes. ] GLEN STUBBE Â¥ glen.stubbe@startribune.com Friday September 22, 2017 As a service project, volunteers from General Mills worked in Friday's hot sun pulling invasive species of plants from in Mill Ruins Park under the Stone Arch Bridge. Under guidance from a National Park Service Ranger they removed spotted knapweed and prickly lettuce, leaving the native goldenrod. As temperatures soared into the mid 90's they took frequent water breaks. They did a similar project last year in early October and the weather was cold and nasty. They moved it to the first day of fall this year only to have it turn out to be one of the hottest days of the year. (Credit Image: © Glen Stubbe/Minneapolis Star Tribune via ZUMA Wire) 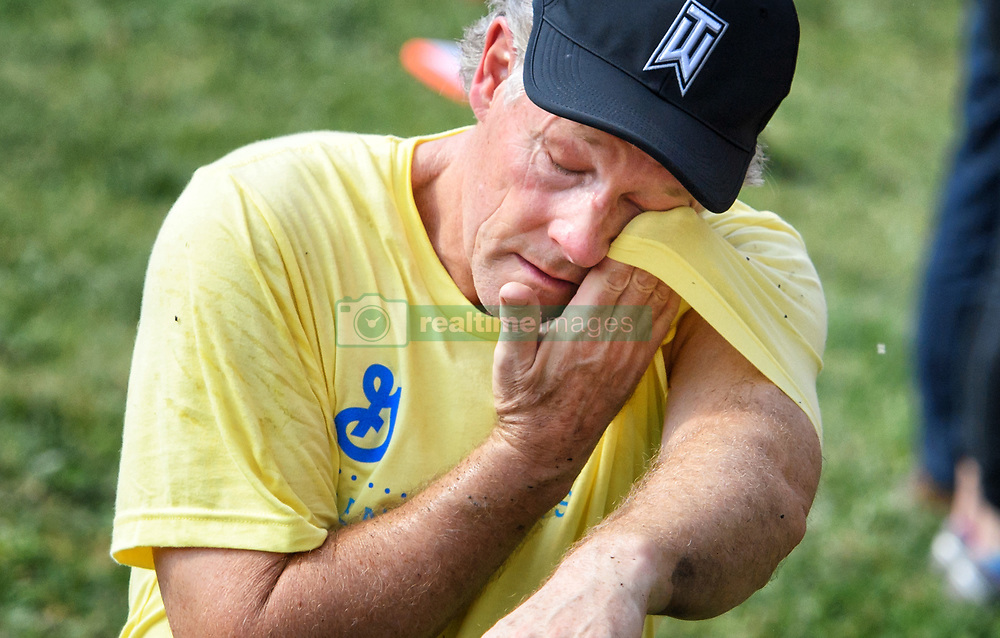