October 2, 2017 - Melbourne, Florida, U.S. - SHARON JUDY, the next-door neighbor to Las Vegas shooter Stephen Paddock when he owned a home in the Viera area of Melbourne, expresses her surprise, Monday, that he is responsible for the mass shooting. A gunman opened fire on a music festival crowd from the 32nd floor of the Mandalay Bay Resort and Casino. At least 58 people died in the shooting and 515 people were injured Sunday night. (Credit Image: © Joe Burbank/TNS via ZUMA Wire) 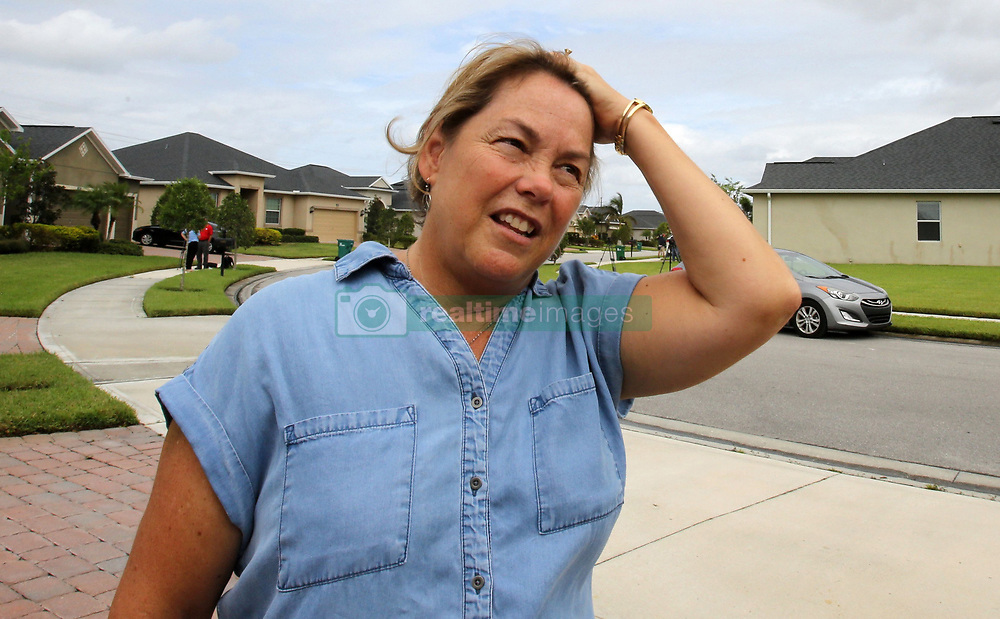