Al Jazeera satellite channel offices in Jerusalem to be shut down,

August 8, 2017 - Gaza, gaza strip, Palestine - Palestinian journalists during a show of solidarity with Al-Jazeera in Gaza City, 08 August 2017. Al Jazeera has reported that Israel's communication minister Ayoub Kara at a press conference had said he had made a request to cancel the credentials of Al Jazeera journalists and shut down the its offices in Jerusalem. Israeli media reported 14 June 2017 that Israeli Prime Minister Benjamin Netanyahu then had decided to consider the closure of the station's offices. (Credit Image: © Majdi Fathi/NurPhoto via ZUMA Press) 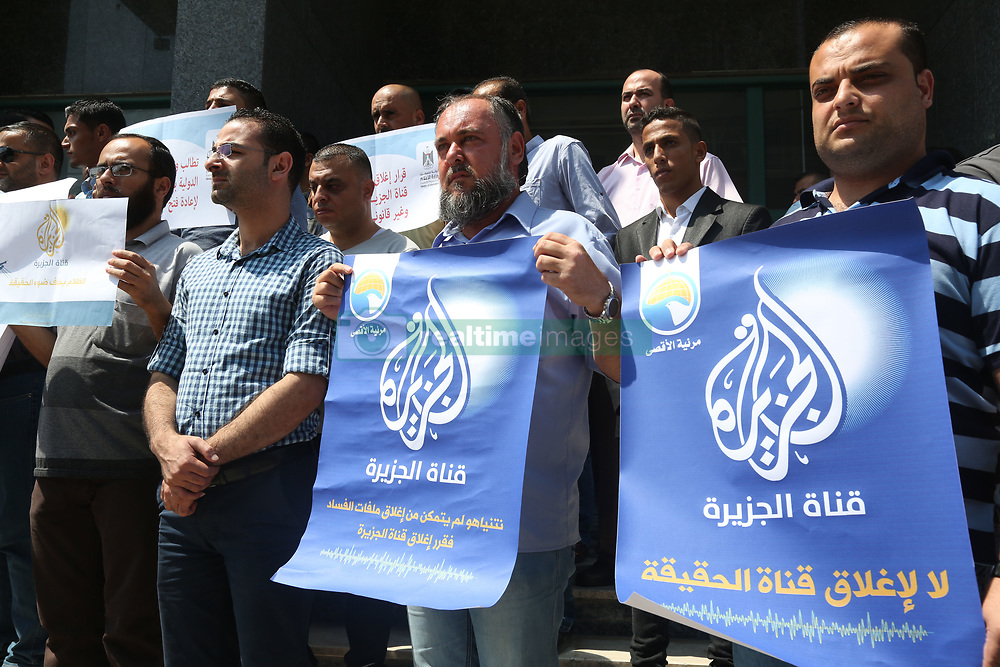