October 3, 2017 - Seattle, Etats-Unis - Diners at one of Americaâ€™s most iconic buildings will need an appetite for heights.A glass floor is to be installed in the restaurant on top of the 500 foot / 152 metre high Space Needle tower in Seattle, Washington State.Locally based architecture company Olson Kundig was chosen to oversee the preservation and design modifications on the tower which opened in 1962.The project was proposed to both modernize and preserve the existing design. The $100 million USD construction includes improvement to the restaurant, as well as a viewing platform with glass benches that extend to the edge of the deckâ€™s glass wall. It will give the impression there is nothing between visitors and the building edge.The Space Needle has defined Seattleâ€™s skyline since it opened but like many structures in middle age, the 55-year-old tower and observation deck is in need of some cosmetic surgery.The renovation also involves replacing aging mechanical, electrical, and plumbing systems; redesigning the interior and exterior observation decks and revolving restaurant and improving circulation throughout the structure.Olson Kundig partner Alan Maskin who helped design the renovations said: â€œFrom a distance, it will appear as if the Space Needle is unchanged, but in fact, it will have changed significant.The Space Needle was originally inspired by a telecommunications tower in Stuttgart, Germany. The buildingâ€™s purpose was to offer visitors a birdâ€™s eye view of a growing metropolis and express the most advanced architectural engineering.Over the decades, walls and security cages were added to the structure, impeding views. Mskin said replacing opaque elements with glass will provide a new sense of transparency and â€œhelp break down the lines that demarcate inside and outside.â€ The glass screens replace steel safety walls and the steel nets, which were added in the 1980s. Maskin added:â€ When visitors 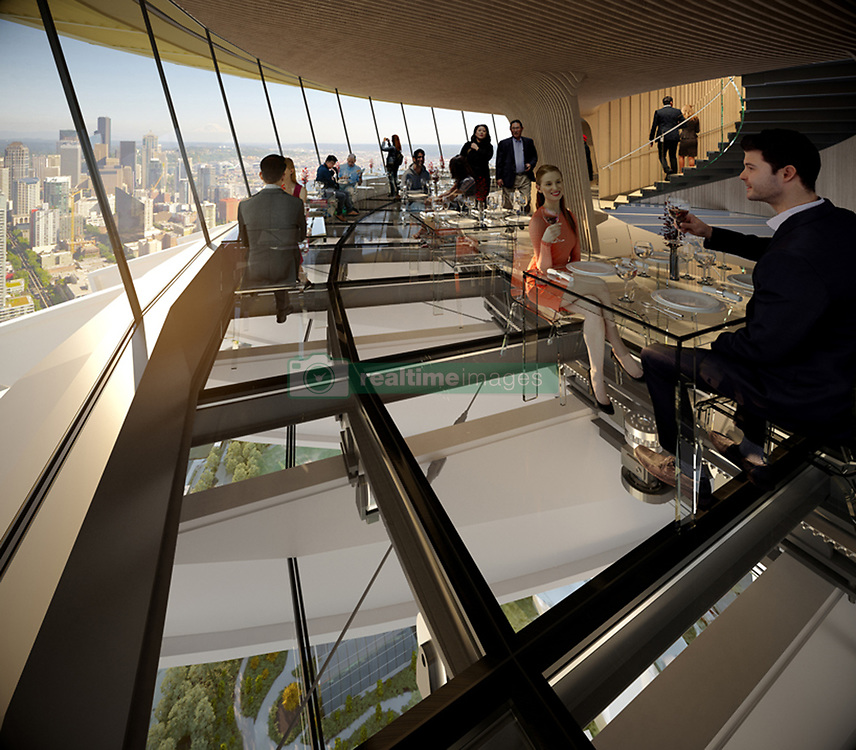