24th Act Of The Gilets Jaunes Takes Place In Nantes

April 27, 2019 - Nantes, France - Yellow vests demonstrators take part in the ''Act 24'' protest in Nantes, France, on April 27, 2019. Macronâ€™s reforms, the culmination of three months of national debate, have not convinced the leaders of the Gilets Jaunes, which they feel are hollow words and proof that Macron has not listened to what has been said in the street during the last five months of protests. (Credit Image: © Estelle Ruiz/NurPhoto via ZUMA Press) 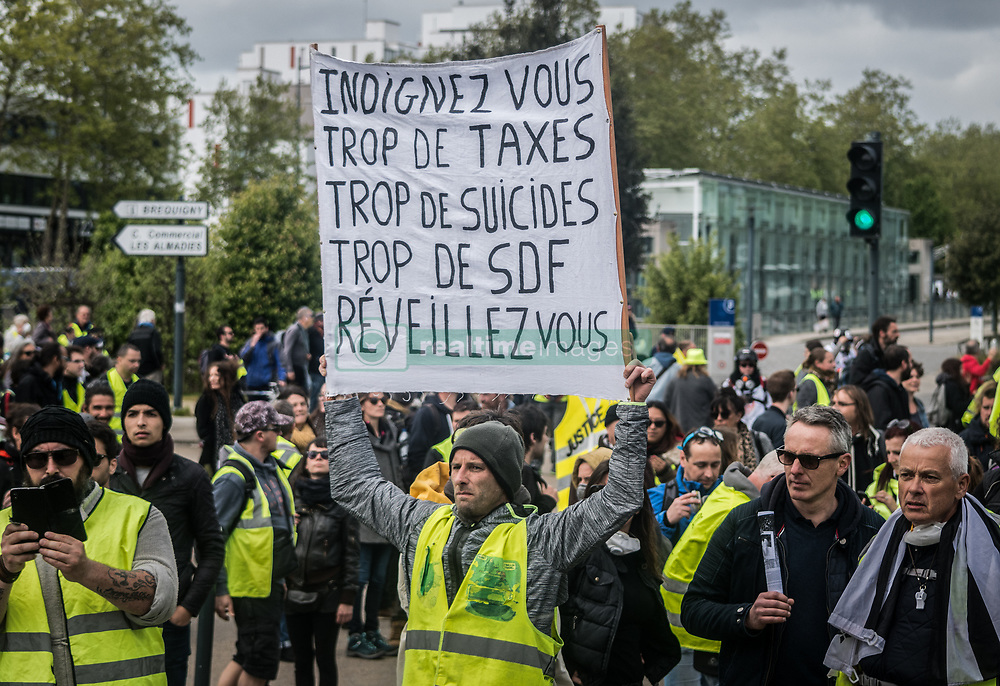