Mar. 14, 1962 - Chief Ben Oluwole, Viceroy of Legos: ...77years-old sovereign of the Yorubars (Yorubars), biggest unbder the 500 tribes of Nigeria, influetial judges of his country and father of 75 children, 14 of which are studying in London proved himself to be prety enterprising Old gelteman. Not only he insisted to fly personally as honorary guest of the Lufthansa new line Lagos-Hanburg, he also demonstrated that he knows all about European big-life. In any case, he was not to beat neither in the ''Twist'' nor in the Nigerian fashionable ''dance'' the ''High-Life''. and that with 77 years!. Photo shows in the picturesque costume of a sovereign of the Yorubar tribe, the Viceroy of Lagos, Chief Ben Oluwole (Chief Ben Oluwole) arrived to-day at the hamburg airport. The littler boy did not feel quite at his case, he was afraid of the ''bogey man' (Credit Image: Â© Keystone Press Agency/Keystone USA via ZUMAPRESS.com) 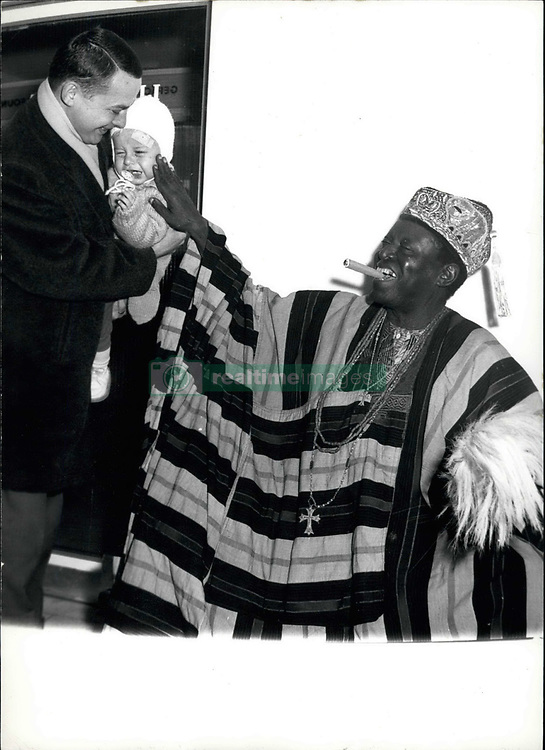