An armoured van being loaded by police, after a foiled raid on a diamond display in The Millennium Dome at Greenwich. Six people were arrested, including four in the Money zone vault, and two by the River Thames, where the robbers had a powerboat waiting to escape from the scene. *... The raiders used a bulldozer to break into the Dome, and had it been successful, it would have been the world's largest ever robbery. * 08/11/2001: Police foiled the "robbery" of the jewels when they caught raiders red handed as they smashed their way in using a mechanical digger, an Old Bailey court heard, at the opening of the trial of six men accused of plotting to rob the De Beers Millennium Diamond Exhibition with others unknown. 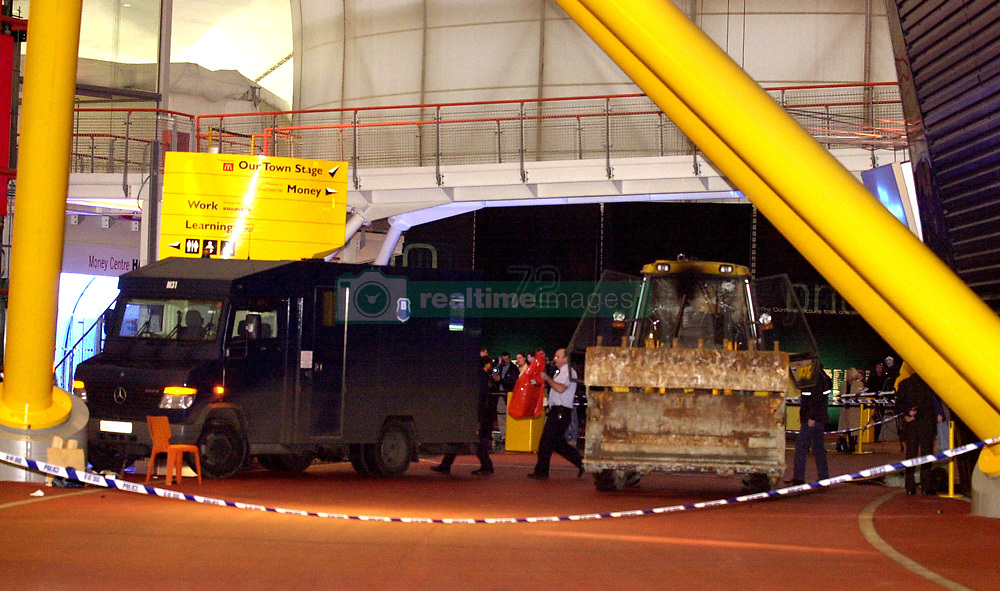