November 18, 2016 - Rio De Janeiro, Brazil - Police officers carry out an operation to combat drug trafficking in Lapa, one of the main tourist attractions in Rio de Janeiro Downtown, on November 18, 2016. The police carried out searches on real estate in the vicinity of Arcos da Lapa. During the operation, suspects were arrested and taken to the police station for clarification. Police did not disclose if weapons and drugs were seized. (Credit Image: © Luiz Souza/NurPhoto via ZUMA Press) 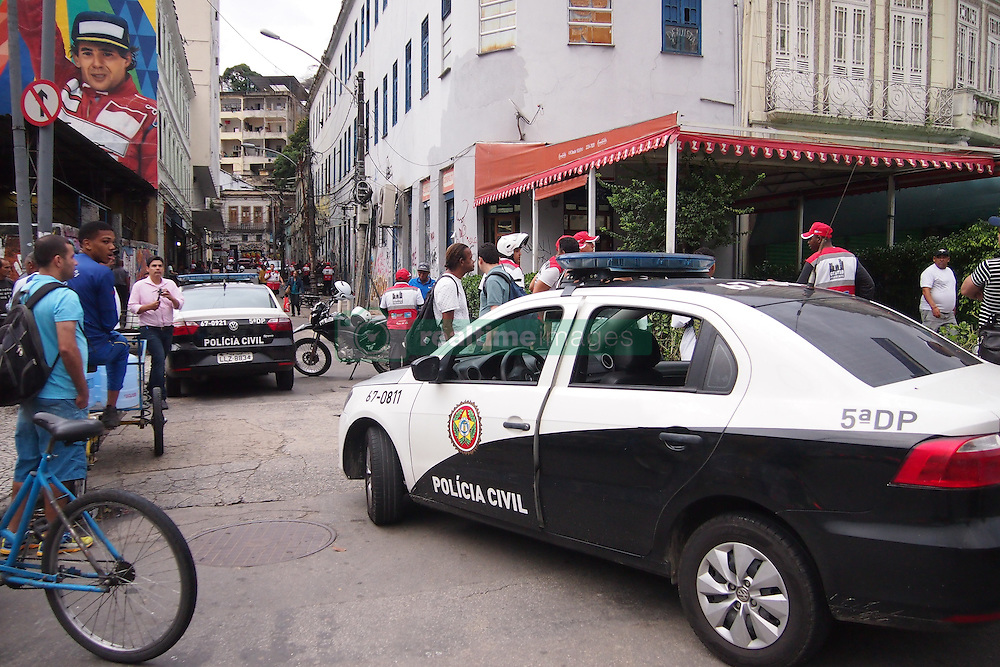