June 27, 2017 - Naples, Italy - Before the parade, the gathering took place at 16 in the Town Hall Square, where representatives of the LGBTQ world were present on stage, as well as other guests, including the godfather of the Parthenon event, Monica Sarnelli, and Mayor Luigi de Magistris. On the facade of Palazzo San Giacomo was also hanging the flag of the event. ''.The intervention of Maria Rosaria Malapena, an activist of Arcigay Naples, and delegated for the area of ??Sexuality and Disability, suffered from spastic tetra paresis..From the Piazza Municipio, then the parade with the head of the commune gonfalone is festive, ironic and engaging as always, to reach Castel dell'Ovo, passing via Toledo, Piazza Trieste and Trento, Piazza del Plebiscito, via Santa Lucia and Parthenope Street. Hundreds of people who once again joined the demonstration to break down the walls of prejudice and discrimination and reiterate that there are inalienable rights that belong to everyone. (Credit Image: © Sonia Brandolone/Pacific Press via ZUMA Wire) 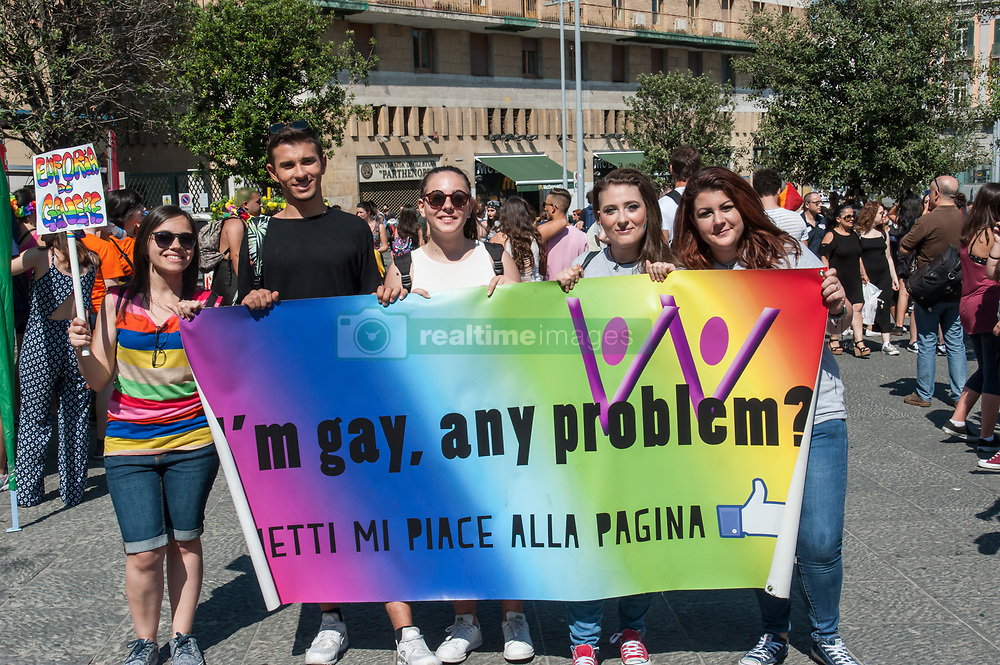