Pic from Phil Mingo/ Magnus News. Pic shows Jake’s nest box in the lounge where he keeps trinkets he has ‘borrowed’ from around the house. Adrian Lee, 43, and Jaime Lee, 42, from Axminster, Devo 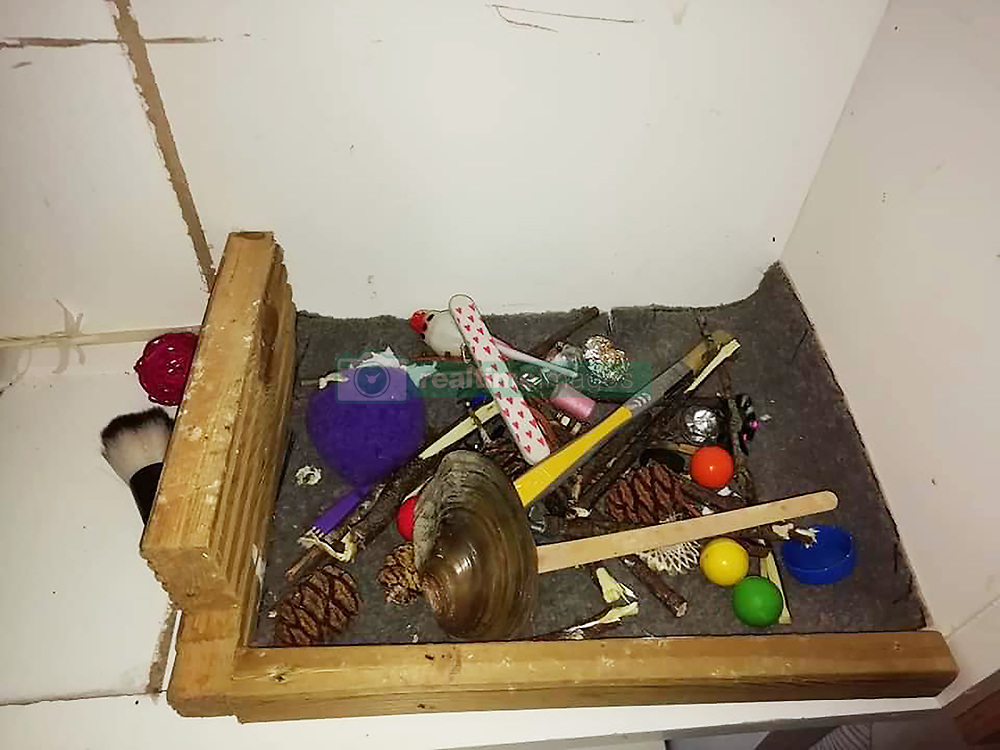