September 28, 2018 - Palestinian pedlars sell food items during clashes between the Israeli army and Palestinian demonstrating for the Great March of Return rally along the Gaza Strip border on the east of Gaza City, on Friday 28 September 2018. The street vendors, many of whom are children and teens, bring to the protest food and drink items for the Palestinian protesters who spends hours under the scorching sun. Pedlars sell their items during the clashes in defiance to the dangers of injury and death which they face by attending the demonstration. According to a recent World Bank study, the Gaza economy is on the verge of collapse, with an unemployment rate of 53 percent (over 70 percent for youth unemployment) and with half of Gaza population living under the poverty line. The report also mentions the strict Israeli blockade imposed on Gaza since 2007 and more recent cuts to aid and funding, including to UNRWA, for the overcrowded and impoverished Palestinian enclave (Credit Image: © Ahmad Hasaballah/IMAGESLIVE via ZUMA Wire) 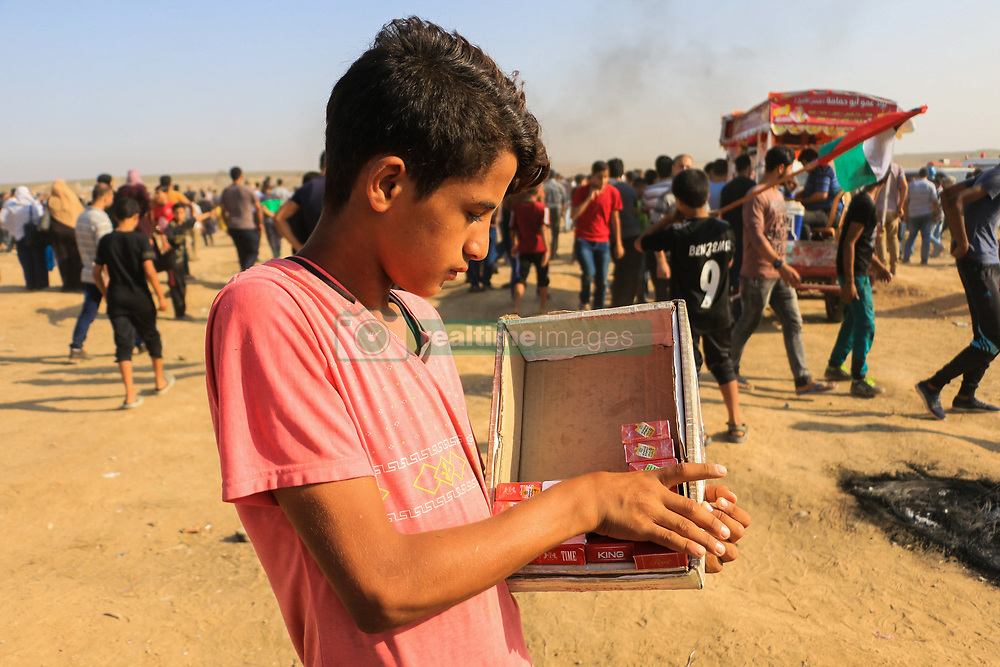