A collective gasp was shared by around a thousand people attending a vigil at City Hall when it was announced 3-year-old Ruya Kadir had died earlier Monday, July 2, 2018. People attended a vigil at City Hall Monday night on behalf of nine stabbing victims in the refugee community that were attacked last Saturday. Ruya was celebrating her birthday with family and friends. Nine people were stabbed, six of the children, at the Wylie Street Station Apartments off State Street in Boise, ID, USA. Photo by Darin Oswald/Idaho Statesman/TNS/ABACAPRESS.COM 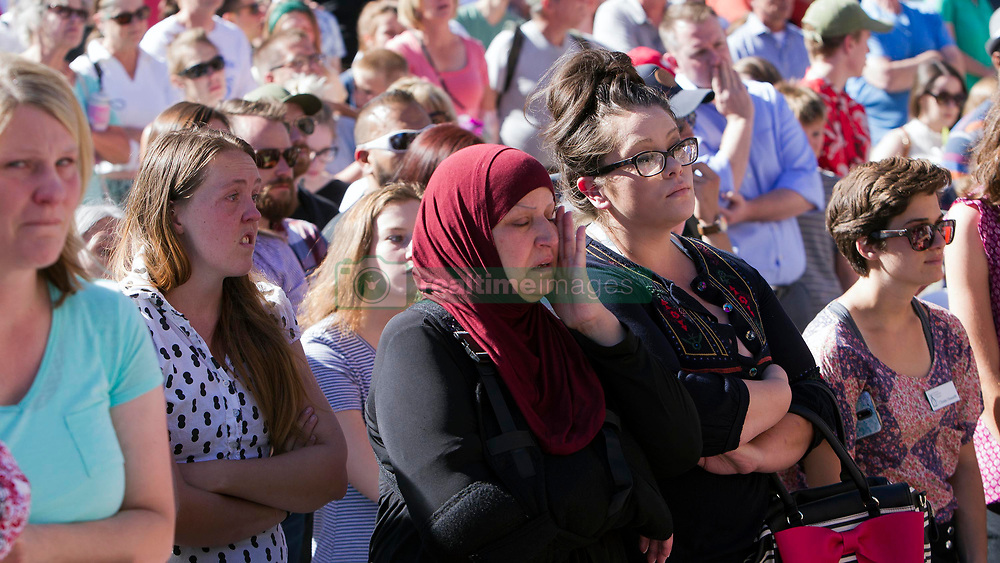