50th anniversary of the death of Benno Ohnesorg

June 2, 2017 - Berlin, Berlin, Germany - Remembrance of the 50th anniversary of the death of BENNO OHNESORG in front of the town hall Schoeneberg. Dr. DIRK BEHRENDT, Senator for Justice, Consumer Protection and Anti-Discrimination, GRETCHEN KLOTZ-DUTSCHKE, former student activist, and WOLFGANG WIELAND, Justice Defender, rember the protests against the Shah's visit to the town hall and the subsequent police intervention.BENNO OHNESORG was a student at the Freie UniversitÃ¤t Berlin and took part in the protests against the West Berlin visit of the Shah Reza Pahlavi on June 2. In the evening next to the German Opera, there were clashes between demonstrators and the police. The police officer Karl-Heinz Kurras shot the then 26-year-old Ohnesorg in a backyard on Krummenstrasse near the German Opera. The exact circumstances of the death are controversial and could not be clarified in detail. Kurras was released in court proceedings. The death of Ohnesorg led to a radicalization within the German-wide student protests and foreign-parliamentary currents towards the end of the 1960s. (Credit Image: © Jan Scheunert via ZUMA Wire) 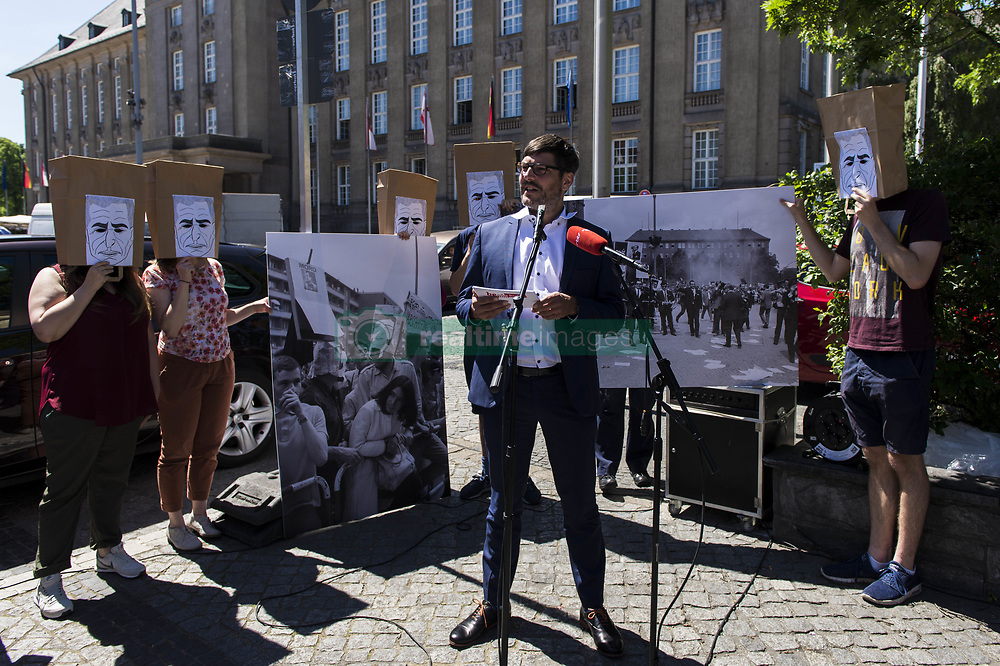