File photo dated 01/04/55 of The Duke of Edinburgh transferring ships by jackstay, during the Home Fleet's passage home from Malta after the combined naval exercises in the Mediterranean. Philip joined the Navy after leaving school and in May 1939 enrolled at the Royal Naval College in Dartmouth, where he was singled out as best cadet. He rose rapidly through the ranks, earning promotion after promotion, but his life was to take a very different course. The duke's flourishing naval career came to a premature end in 1951. Philip stepped down from his active role in the forces to fulfil his duty as consort. Issue date: Friday April 4, 2021. 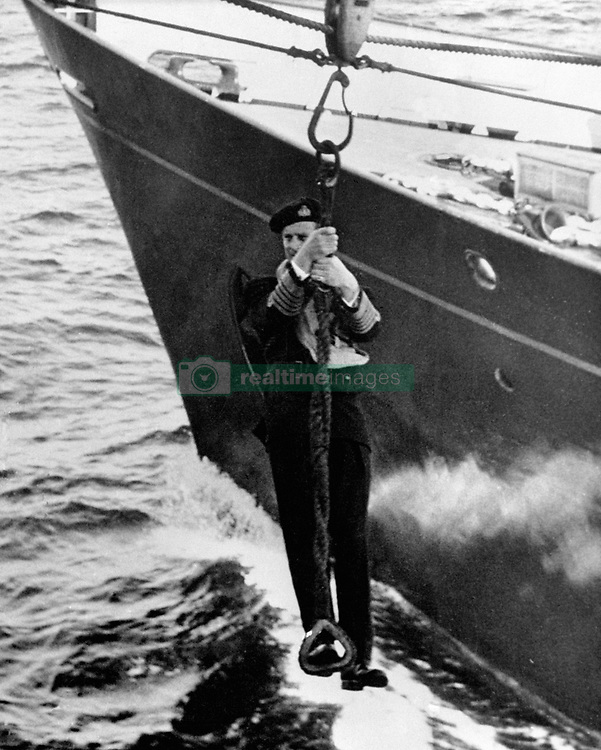