March 6, 2018 - FILE - Big-wave pioneer, surf innovator, mentor and historian George Downing has passed away at 87. Born and raised in Honolulu, Downing surfed Hawaii in the '40s on finless Hot Curls made out of redwood. He was a surfer responsible for many firsts in the sport, and in 1950 he produced the first surfboard with a removable fin. Eight years later he and a handful of other surfers rode 30 foot waves at Makaha, pushing the boundaries of what was believed to be possible at the time. Pictured: Aug. 05, 2011 - Huntington Beach, California, U.S. - GEORGE DOWNING looks at his award following his induction into the 2011 Surfers Hall of Fame in front of Huntington Surf & Sport..(Credit Image: © Mark Rightmire/The Orange County Register/ZUMAPRESS.com) 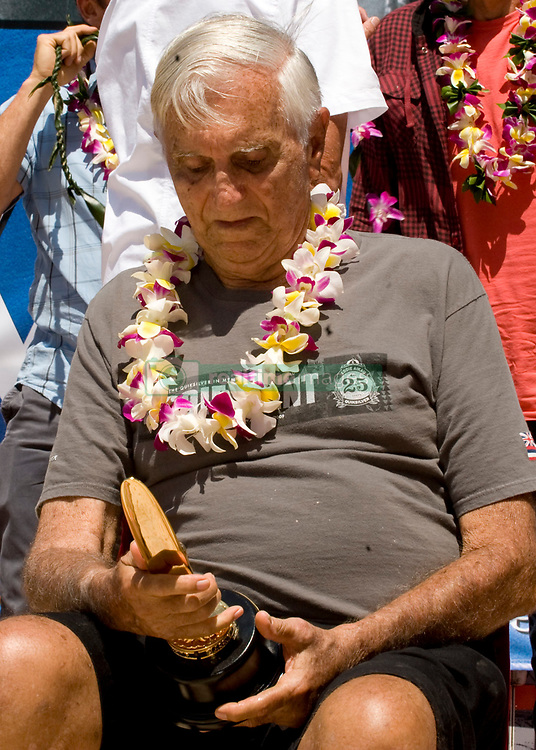