June 24, 2017 - Athens, Greece - Thousands march in support of imprisoned anarchist Tasos Theofilou as his trial in the court of appeals is coming to an end. Theofilou was initially sentenced to 25 years for participating in an armed bank robbery during which a citizen who tried to stop the robbers was killed, but has been denying all charges from the start, provided an alibi, was not identified by any witnesses and the prosecutor failed to present any hard evidence. (Credit Image: © Nikolas Georgiou via ZUMA Wire) 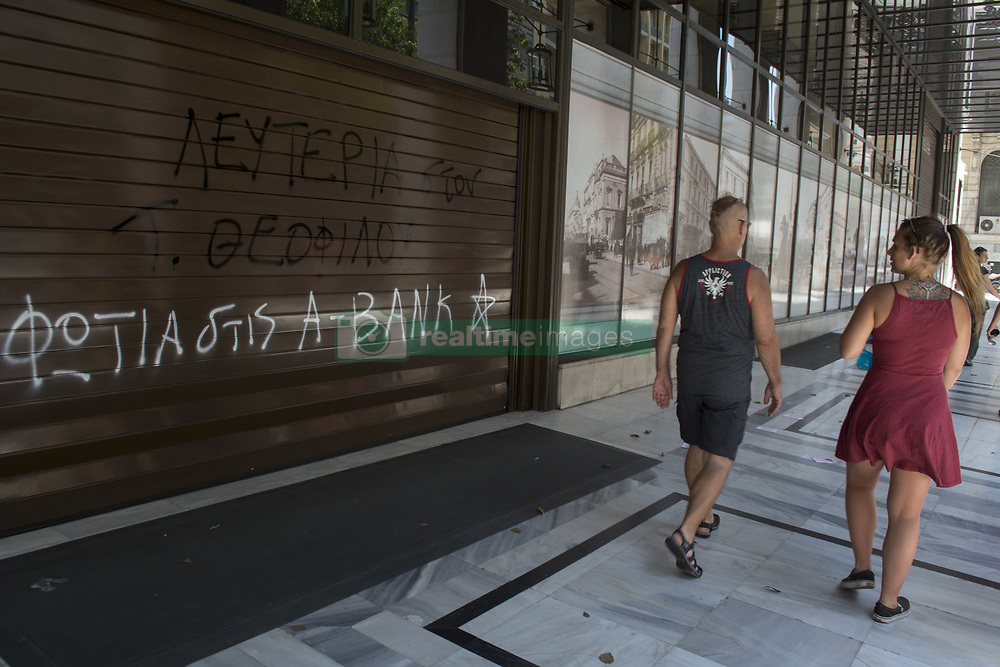