Knives Found In A Rucksack During Incident Near Parliament

April 27, 2017 - London, England, United Kingdom - Police car in the Whitehall area of London, U.K., on Thursday, April 27, 2017. A man was arrested on suspicion of the commission, preparation and instigation of acts of terrorism and suspicion of possession of an offensive weapon, according to the Metropolitan Police. (Credit Image: © Alberto Pezzali/NurPhoto via ZUMA Press) 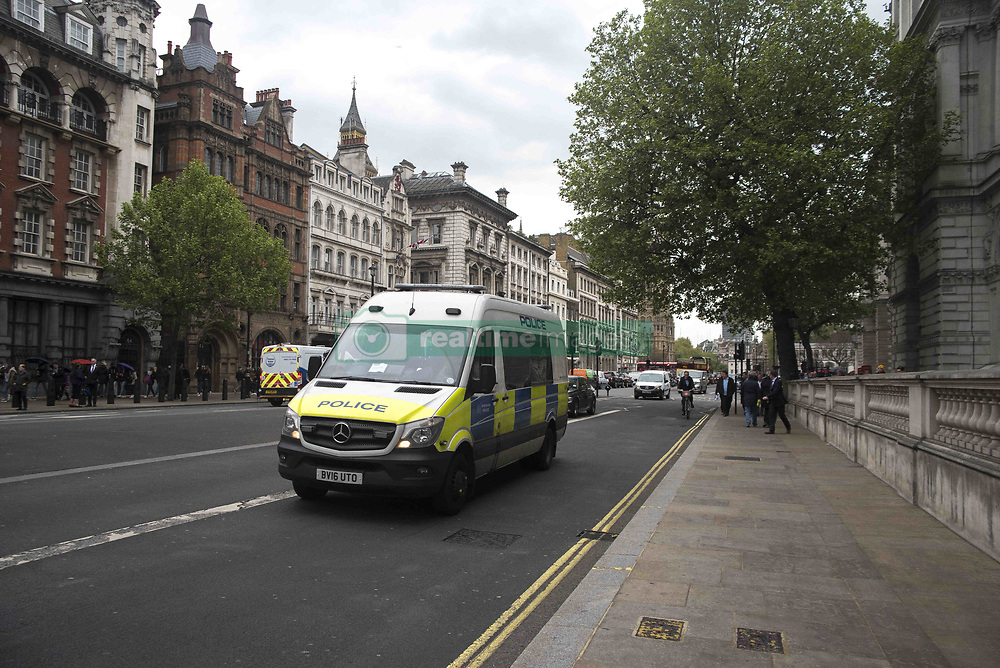