Before rising to power as one of the most infamous leaders in the world, Putin was a playful, hipster-dressing man in love. July 1958 - Russia - VLADIMIR VLADIMIROVICH PUTIN, 5, (born October 7, 1952 in Leningrad, Russian SFSR, Soviet Union (now Saint Petersburg with his mother MARIA IVANOVNA, 41, summer of 1958. The youngest of three children of Vladimir Spiridonovich Putin (1911–1999) and Maria Ivanovna Putina (née Shelomova; 1911–1998). Putin's mother was a factory worker and his father was a conscript in the Soviet Navy, serving in the submarine fleet in the early 1930s. At age 12, he began to practice sambo and judo. Speaks German fluently. Studied Law at the Saint Petersburg State University in 1970 and graduated in 1975. In 1975, joined the KGB. (Credit Image: © Russian Archives via ZUMA Wire) 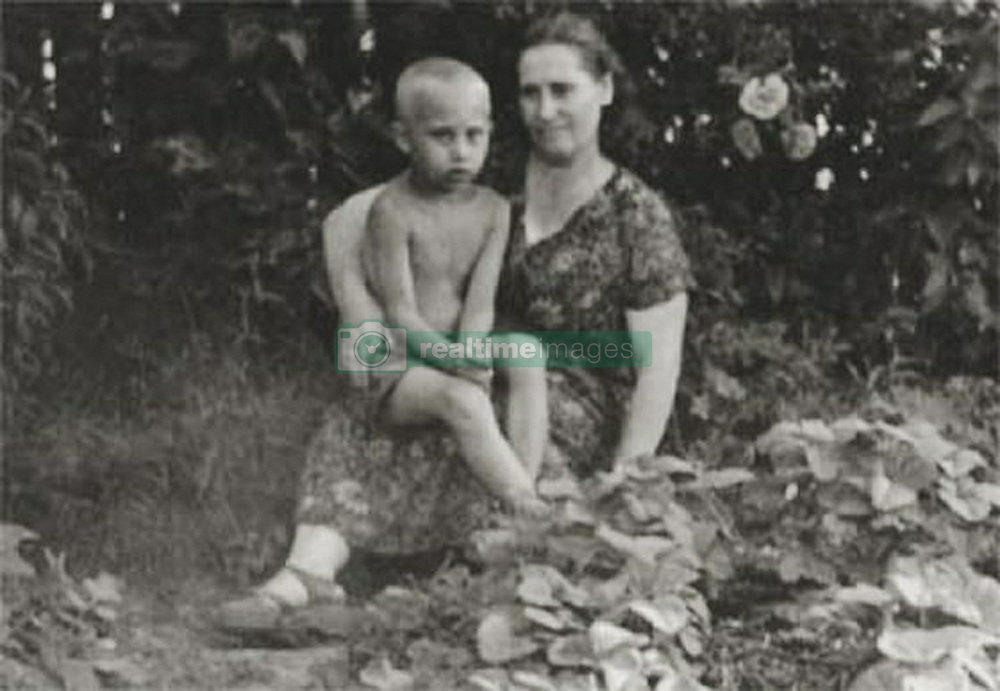