November 20, 2019: The Duke of York has stepped down from public duties in the wake of his disastrous television interview over his relationship with the sex offender Jeffrey Epstein. In a statement released by Buckingham Palace he said that the controversy had become "a major disruption" to the work of the royal family. Pictured: September 8, 2019, Bruges, Belgium: PRINCE ANDREW, the Duke of York, attending a memorial to celebrate the 75th anniversary of the liberation of Bruges in his role as Colonel of the Grenadier Guards. (Credit Image: © i-Images via ZUMA Press) 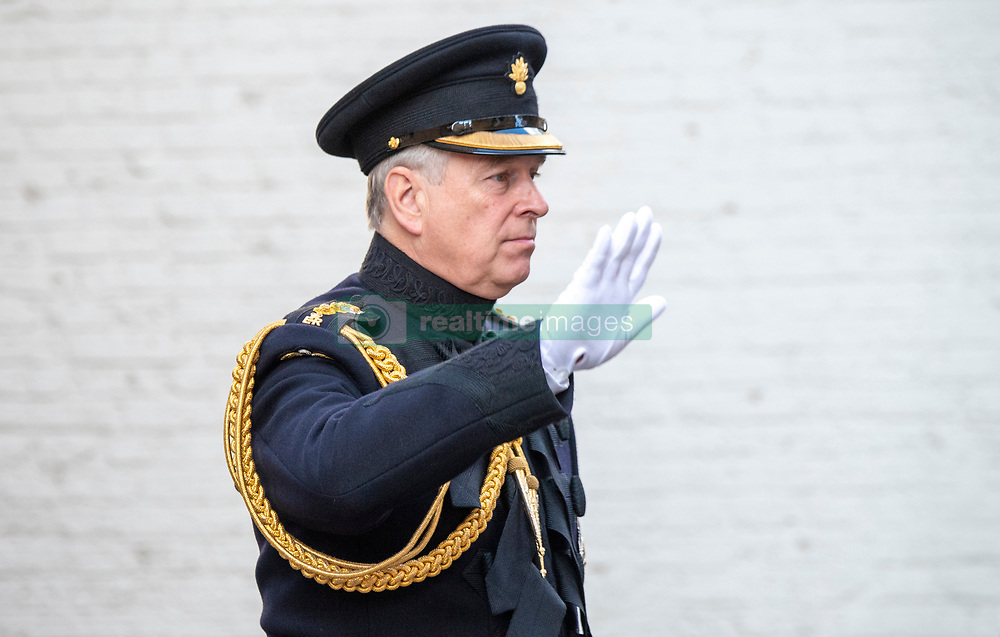