Pope Francis greets British musician Sting (Gordon Sumner) and his wife Trudie Styler at the end of the weekly general audience at the Vatican on August 8, 2018. After the brief meeting with the pope, Sting had the opportunity to see the Vatican museums and the Sistine Chapel. The Vatican Museums have collaborated with Sting to create a surround-sound, live show telling the tale of Michelangelo and the Sistine chapel his frescoed masterpiece. The 9 million euro production, âUniversal Judgment: Michelangelo and the Secrets of the Sistine Chapel,â debuted on March 2018 at an auditorium near the Vatican. Photo by ABACAPRESS.COM 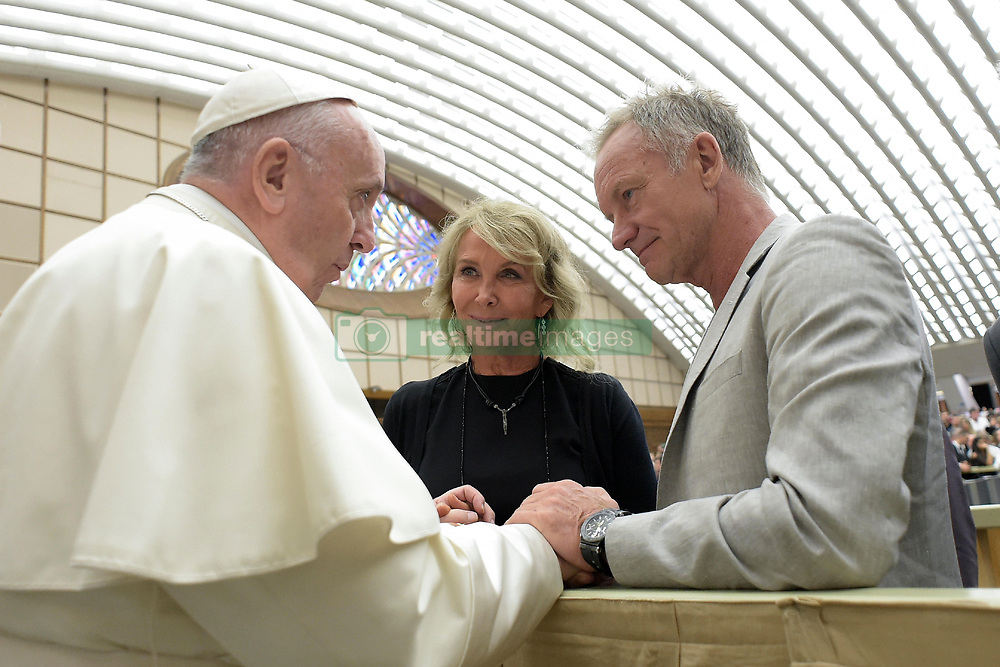