Archaeologists at Pompeii, South Italy, have found an erotic Roman fresco depicting Leda and the Swan, a Greek myth that has inspired artists for centuries on November 19, 2018. Leda was admired by Zeus, who seduced her in the guise of a swan. As a swan, Zeus fell into her arms for protection from a pursuing eagle. Their consummation, on the same night as Leda lay with her husband Tyndareus, resulted in two eggs from which hatched Helen (later known as the beautiful 'Helen of Troy'), Clytemnestra, and Castor and Pollux (also known as the Dioscuri). The swan's seduction of Leda was a potent subject for artists in Renaissance Italy in the 16th Century: it inspired paintings by Leonardo da Vinci, Michelangelo and Tintoretto, and many other artworks. PHOTO: ABACAPRESS.COM 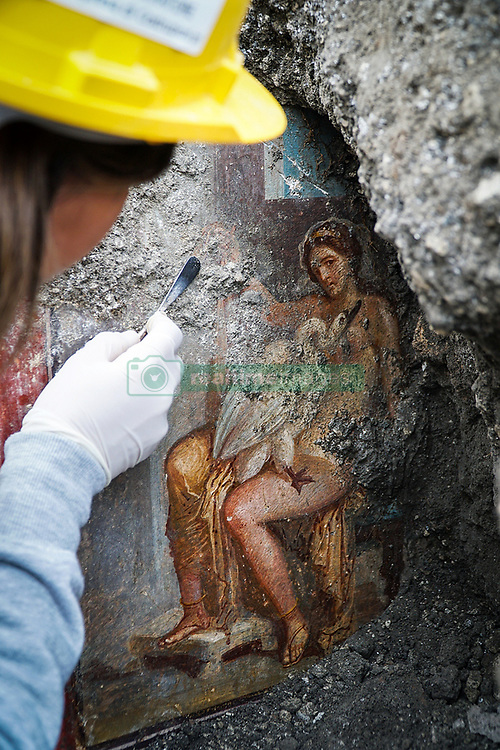