NO WEB/NO APPS - (Text available) Carlos, a 34-year-old bricklayer says: 'On the one hand the construction of the wall is a good thing because it limits the invasions. I would like the State installing basic services like water and sewage. I have the constant fear that they could evict me and my family, so I would like to have a title of ownership, in Lima, Peru in May 2017. In Perus capital Lima, a three-meter-high concrete wall topped with reels of razor wire separates two areas. The so-called Wall of Shame - sometimes nicknamed 'Peru's Berlin Wall' - divides the urbanisation of Las Casuarinas, where some of the country's richest inhabitants live, and the poor suburb of Vista Hermosa next door. It was initially put up over fears that the inhabitants from the poor neighbourhood would steal from wealthy fellow citizens living nearby. On the rich side of the wall, the price for a square meter can exceed 2,000 dollars. To enter the area, you must show your ID to the guards watching the gate at the bottom of the hill. Former high-ranking politicians and bank directors live here. Their houses are surrounded by lush gardens and swimming pools despite the scarcity of water. Meanwhile, on the San Juan de Miraflores side, residents often fall victim to robbery and theft. They live in houses of barely 25m², made from scrap material, surrounded by the sand and earth characteristic of Limas desert landscape. Photo by Giacomo DOrlando/ABACAPRESS.COM 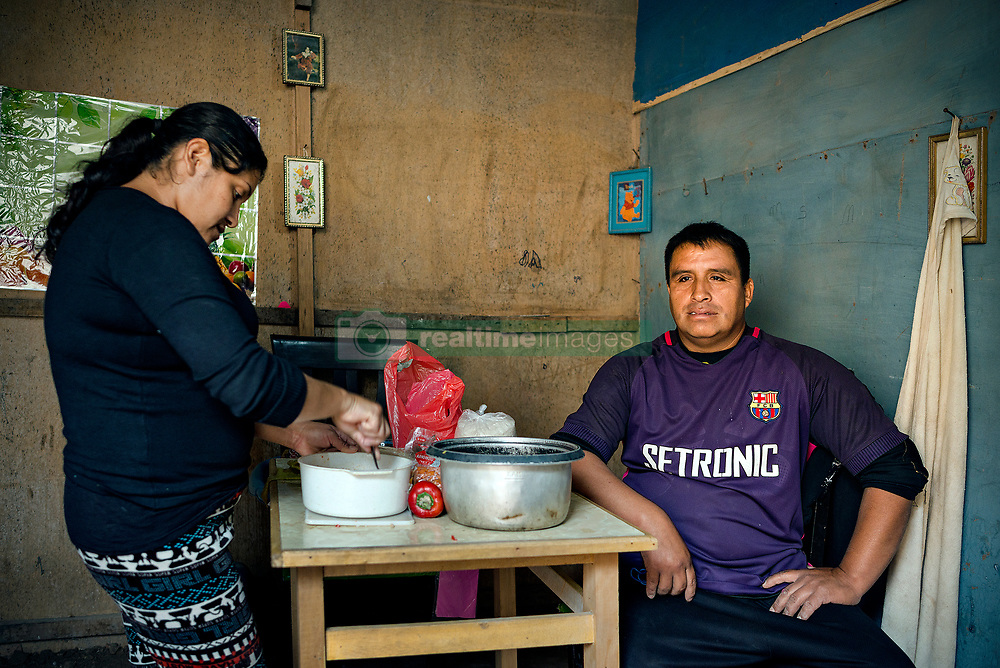