Outgoing Prime Minister Manuel Valls and his successor Bernard Cazeneuve, the outgoing Minister of the Interior arrive for a ceremony of transfer of power, at the Prime Minister's office Hotel de Matignon, in Paris, France on December 6, 2016. Valls has resigned to declare himself a candidate for the presidency, four days after President Francois Hollande announced he would not seek re-election next May 2017. Photo by Alain Robert/ABACAPRESS.COM 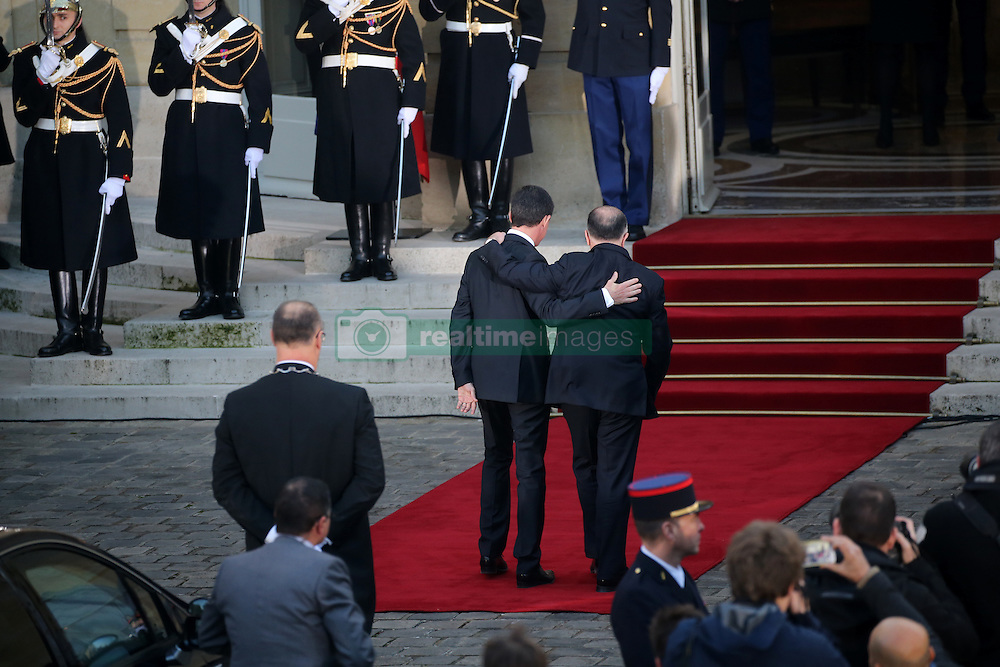