Oct. 31, 2017- New York, U.S. - Police officers stand guard after six people were killed in New York when the driver of a truck mowed down people on a pedestrian and cycle path in Lower Manhattan. A man who emerged from the vehicle brandishing imitation guns was shot and arrested by police officers. Police urged people to avoid the area as a major emergency services operation got under way.. (Credit Image: © Sun Oumeng/Xinhua via ZUMA Wire) 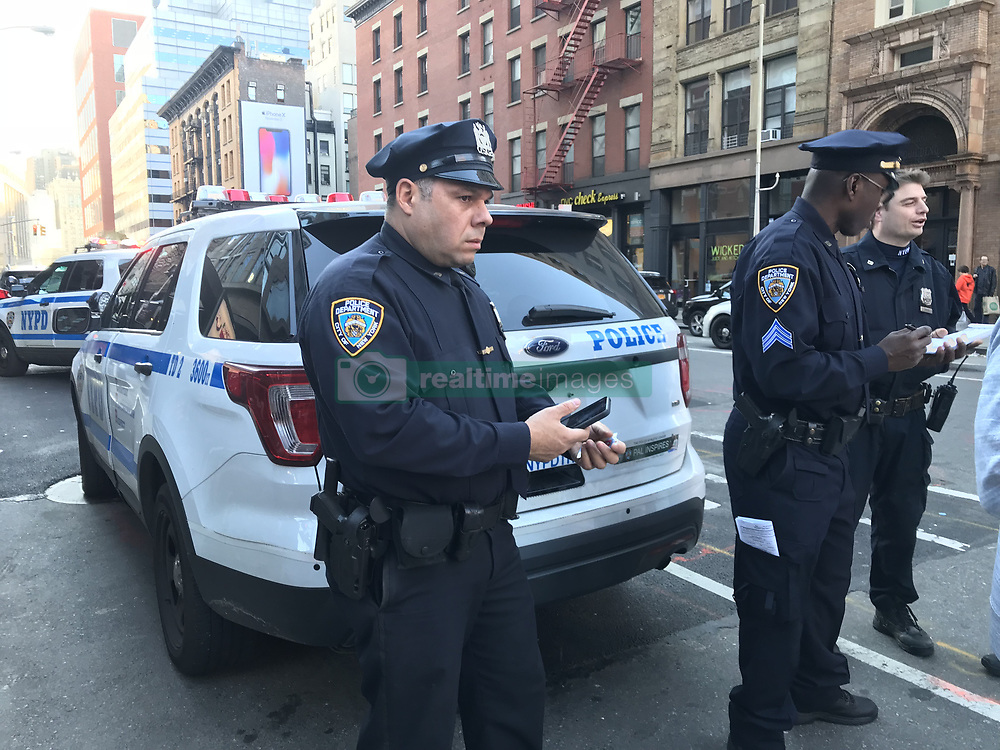