October 31, 2017 - New York, New York, U.S. - NYPD Police officers near the site of a shooting in lower Manhattan. 7 people are dead after a truck driver made a 'purposeful turn' onto a jogging and biking path. The sprawling crime scene runs several blocks along the West Side Highway, a few blocks away from One World Trade Center. A Home Depot rental truck, entered the West Street pedestrian and bike path north of Chambers Street, hitting multiple people on the path, the vehicle kept driving south until it hit another vehicle. At that point, the suspect, who was 'displaying imitation firearms,' got out of the vehicle and was shot by responding officers. The suspect is in custody, the incident is being investigated as a possible terrorist incident, New York City Police said. (Credit Image: © Sun Oumeng/Xinhua via ZUMA Wire) 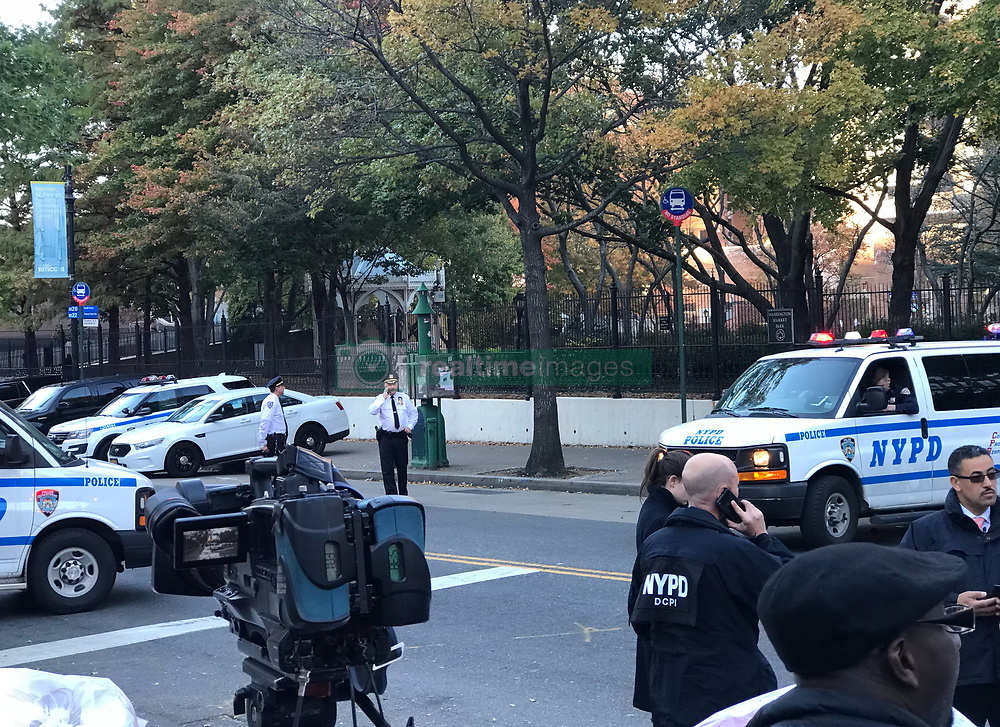