June 3, 2016 - File - MUHAMMAD ALI, the three time heavyweight boxing champion, has died at the age of 74. He had been fighting a respiratory illness. 'The Greatest' was the dominant heavyweight boxer of the 1960s and 1970s, Ali won an Olympic gold medal in Rome in 1960, captured the professional world heavyweight championship on three separate occasions, and successfully defended his title 19 times. PICTURED: May 27, 1963 - London, England, United Kingdom - A supremely confident CASSIUS CLAY holds up five fingers in a prediction of how many rounds it will take him to knock out British boxer Henry Cooper. (Credit Image: © Randle/Mirrorpix/NC via ZUMA Press) 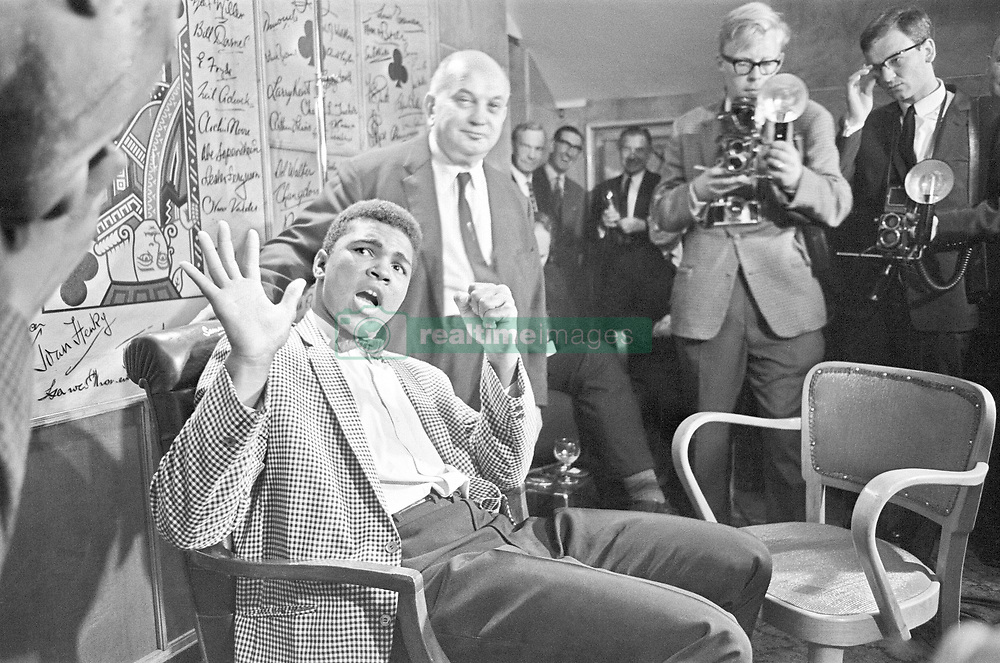