November 9, 2016 - Ramallah, West Bank, Palestinian Territory - A picture shows a speech of Yasser Arafat to the people of the Intifada and communique issued by the unified national Leadership of the Intifada at the late Palestinian leader Yasser Arafat's Museum in the West Bank city of Ramallah on November 9, 2016. The Yasser Arafat Museum opened in Ramallah, shedding light on the long-time Palestinian leader's life and offering a glimpse of history -- along with a number of his trademark black-and-white keffiyehs (Credit Image: © Shadi Hatem/APA Images via ZUMA Wire) 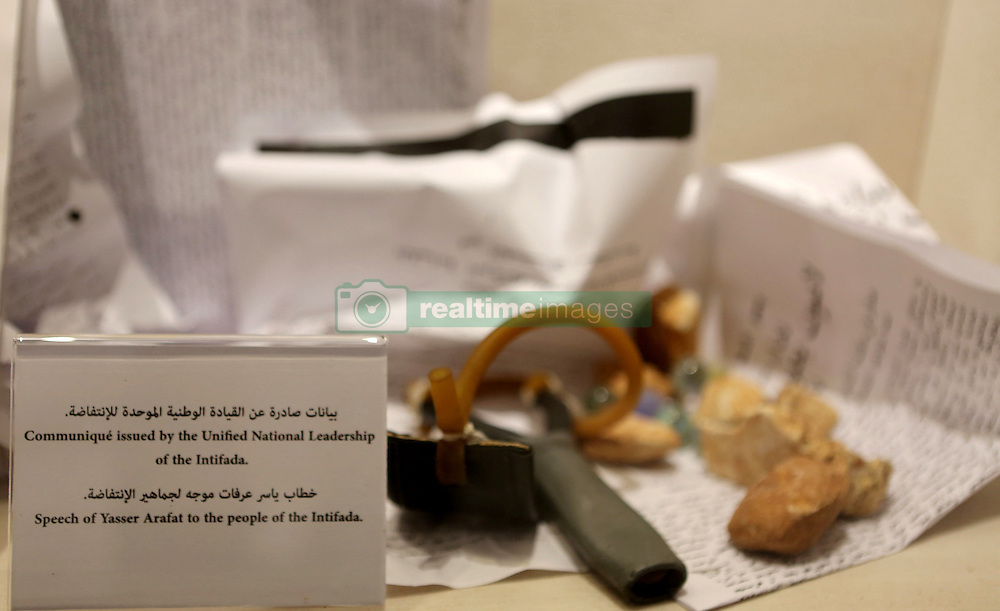