A magnitude-5.1 earthquake struck Samsat district in Turkeyâs southeastern province of AdÄ±yaman early April 24, 2018. The quake struck at 3:34 a.m. (00:34 GMT) at a depth of seven kilometers, the Turkish Prime Ministryâs Disaster and Emergency Management Authority (AFAD) announced. Samsat district governor Sedat Sezik told the earthquake was felt in neighboring cities, adding that search and rescue activities have begun in the province as AFAD teams are reaching the quake site. Following the quake, eight aftershocks with magnitudes ranging from 1.4 to 2.7 were experienced within an hour. Some buildings in nearby villages and districts were damaged, and Sezik said the quake was felt in other southeastern provinces such as ÅanlÄ±urfa, Gaziantep and DiyarbakÄ±r. Photo by Mahir Alan/Dha/Depo Photos/ABACAPRESS.COM 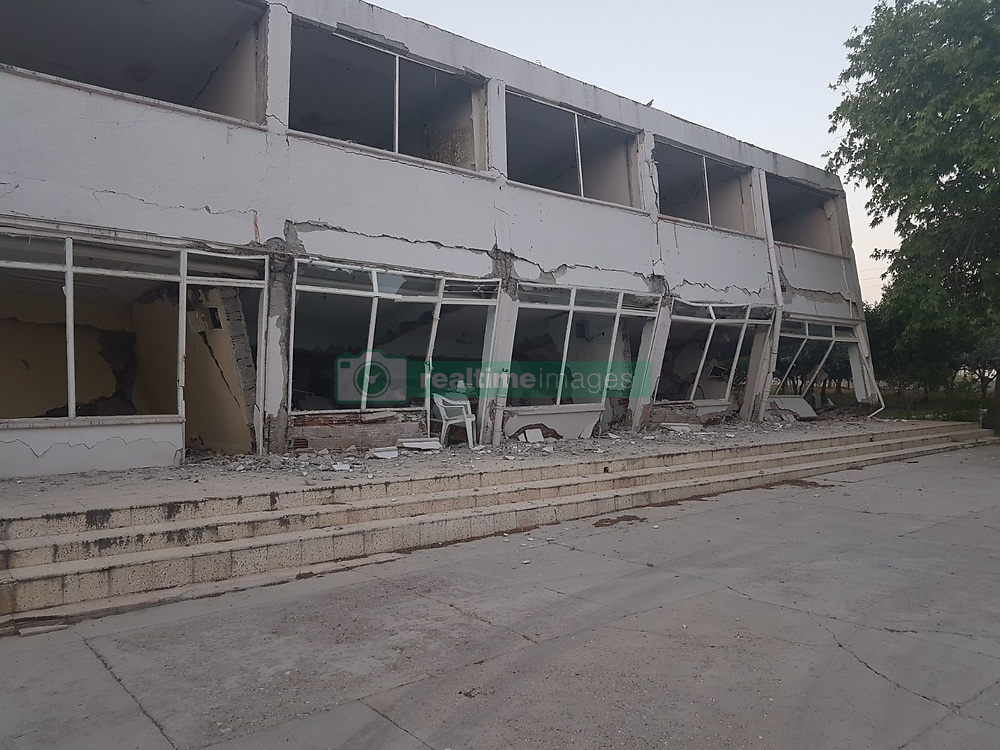