Aug. 22, 2012 - Burnsville, MN, U.S. - Tire skid marks are visible off of Buck Hill Road where classmates and friends of Frederick J. Alexander, 16, of Burnsville, and Alesha K. Roehl, 17, of Northfield, who were killed in a car accident Tuesday afternoon after the car five of them were riding in sped off a Burnsville frontage road, rolled over and wound up on Interstate 35, gathered near the crash site Wednesday, August 22, 2012, in Burnsville, MN. Weeks after three teens died in a crash on I-94, apparently while horsing around, a car loaded with five teens -- which witnesses said was speeding and swerving -- rolled off a frontage road in Burnsville and ended up in the southbound lanes of I-35, killing two passengers and injuring the other three teens on Tuesday. (Credit Image: © TNS via ZUMA Wire) 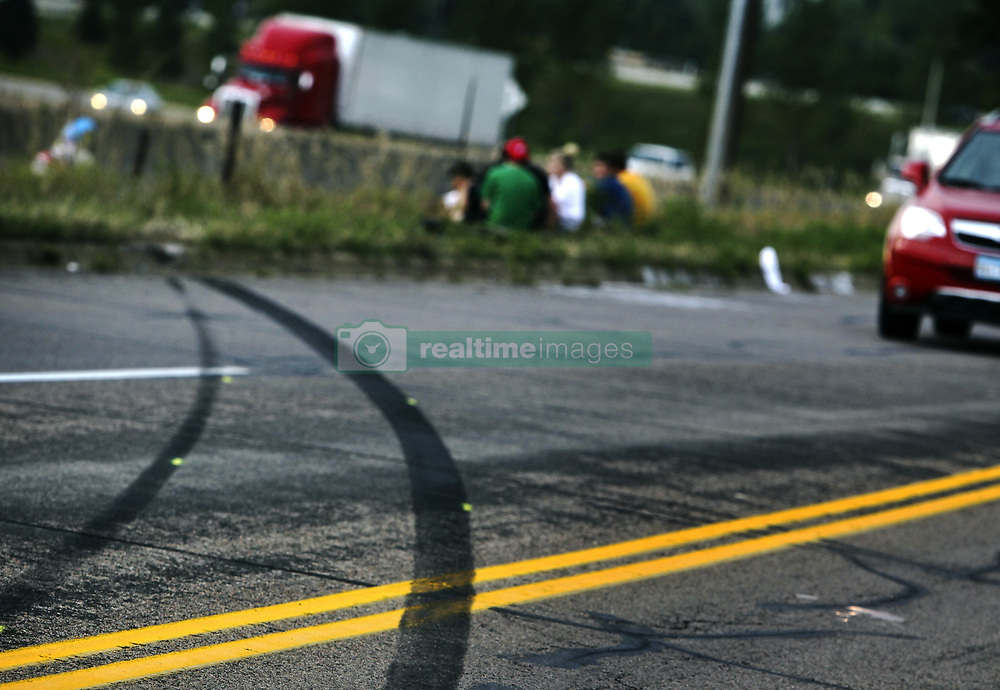