Jhon Jairo 'Popeye' Velasquez was mobbed by fans in Comuna 13, one of Medellín's most notorious slums and a former Escobar stronghold

EXCLUSIVE: Jhon Jairo Velasquez, known more famously as Popeye, is considered to be the world's most notorious assassin from his time as one of Pablo Escobar's most trusted lieutenants. Popeye was part of Escobar's Medellin Cartel until his surrender to the Colombian justice system in 1992. He was one of Pablo Escobar's inner circle and commanded half of the sicarios of the criminal organization 'The Extraditables'. Velasquez was released from prison in 2014 after serving over two decades for drug trafficking, terrorism and the 1989 murder of Colombian presidential candidate Luis Carlos Galán. He claims to have killed 300 people by his own hand and helped orchestrate the deaths of over 3,000. He was released for good behavior after serving 23 years of his 30-year sentence. Popeye has now emerged from hiding as Colombia puts its civil war and gangland legacy behind it and he now spends his time giving tours of Escobar's Medellín and the spots where he carried out slayings and is also a star on YouTube. 06 Aug 2017 Pictured: Jhon Jairo 'Popeye' Velasquez was mobbed by fans in Comuna 13, one of Medellín's most notorious slums and a former Escobar stronghold. Photo credit: James Breeden / MEGA TheMegaAgency.com +1 888 505 6342 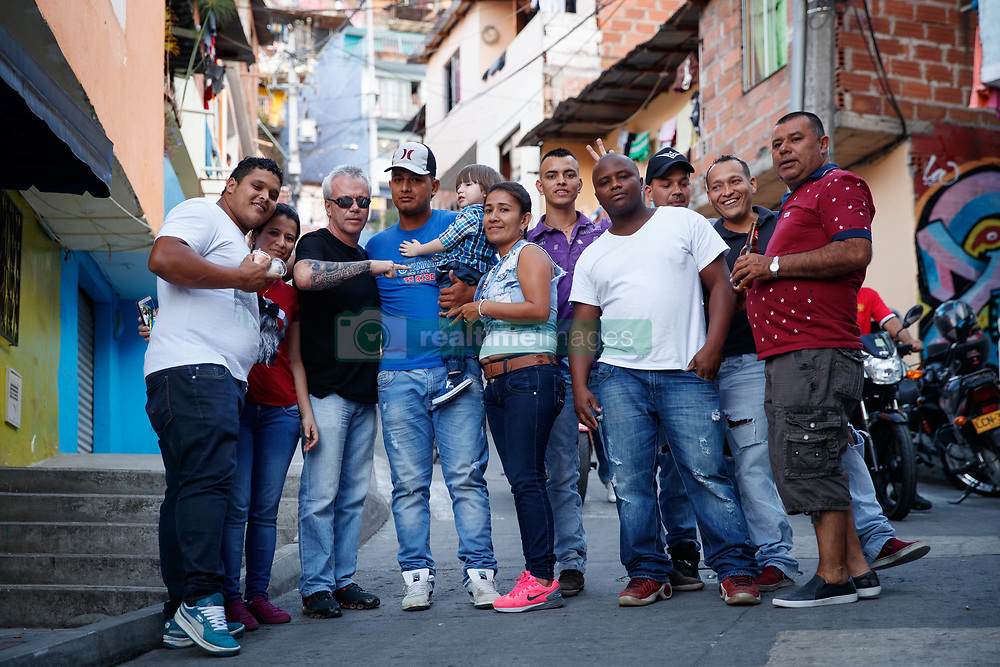