*PREMIUM EXCLUSIVE NO WEB UNTIL 10AM PST 23RD FEB* A sad looking Jennifer Aniston makes a rare public outing after her shock separation from husband Justin Theroux. The actress looked downcast as she left the Chinese Theatre in Hollywood, where she supported her best friend Jason Bateman on his new film "Game Night.” Aniston, 49, and Theroux, 46, seemed very much in love during their seven years together. But reports suggest their problems centered around not being able to have children, and arguments over where they lived. He is said to have disliked Los Angeles and she couldn't stand New York City, which made her 'miserable.' Aniston had said several times in the past that she would have kids when the timing was right and she loved children, like her goddaughter Coco who is Courteney Cox's only child. And while he gave up on their marriage several months ago, the Horrible Bosses actress did not want to give up until just recently. Aniston is said to be 'sad and disappointed' after they agreed on Valentine's Day to announce they were separating. Neither one has yet to file for divorce. The Friend star is believed to have kept her $21 million L.A. mansion in her name. Theroux, who co-stars in HBO's The Leftovers, owns an apartment in New York City which he bought for $600,00 in the early 2000s and spent $1 million renovating in 2015. Aniston’s total worth is estimated by Forbes at $200 million, far more than Theroux’s. 21 Feb 2018 Pictured: Jennifer Aniston. Photo credit: MEGA TheMegaAgency.com +1 888 505 6342 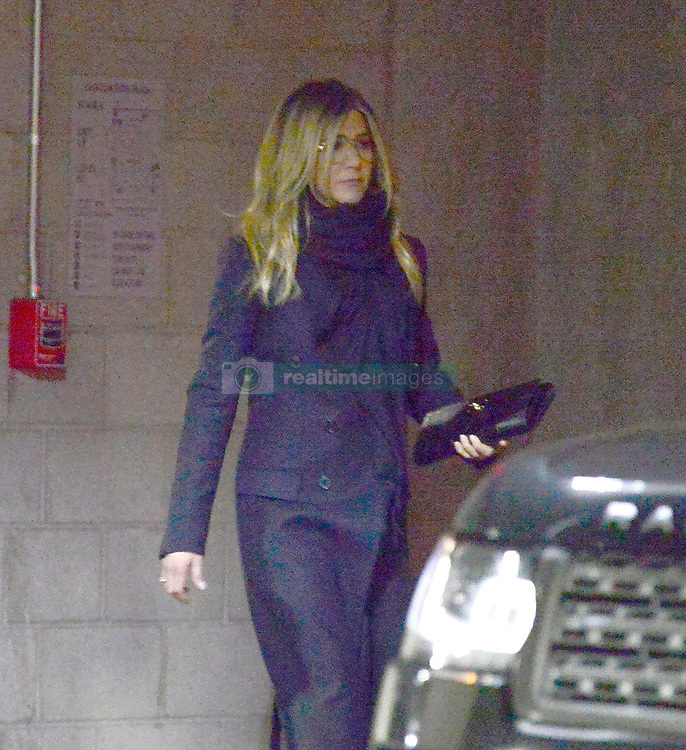