August 29, 2019, New York, NY, USA: Victims of Jeffrey Epstein, from left, Sarah Ransome, Virginia Roberts Giuffre, and Marijke Chartouni find support in each other after having met at an emotional court hearing for victims of Epstein on August 27, 2019. The three young women had never met before the hearing but said during an interview two days later that the hearing had helped them bond with other women who had suffered similar abuses by Epstein and his co-conspirators. (Credit Image: © TNS via ZUMA Wire) 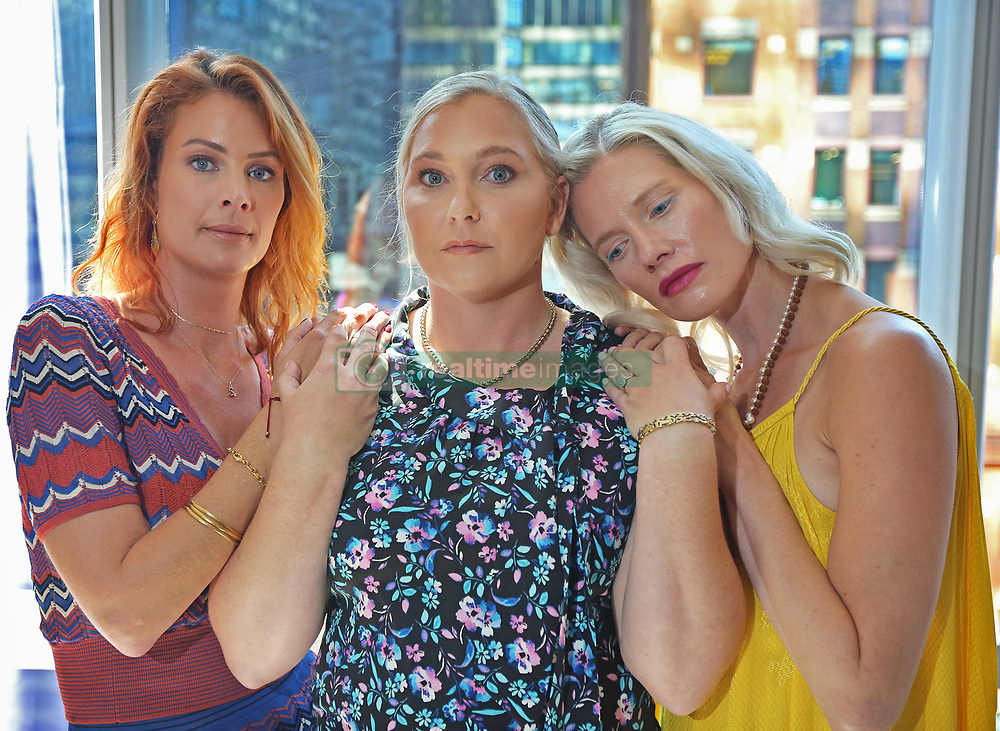