John F. Kennedy, the nation's 35th President, would have turned 100 years old on May 29, 2017. With the centennial anniversary of John F. Kennedy's birth, the former president's legacy is being celebrated across the nation. PICTURED: U.S. - File Photo - A young Kennedy seated in his Beacon Hill apartment. This was one of the earliest images used to promote his first political campaign in 1946. In commemoration of JFK's 100th birthday on May 29, 2017, RR Auction has curated an once-in-a-lifetime assortment of Kennedy artifacts, signed material, and photographs to celebrate the life of America's beloved 35th president. The more than 175 lots cover; JFK's early years, the transition to his congressional and senatorial careers, and 'The 1,000 Days of Camelot,' Kennedy's storied tenure as president. The special online offering is scheduled to begin on May 11 and will conclude on May 18, 2017. The R. Paloger photographs depict a fascinating and crucial period in JFK's life from 1946 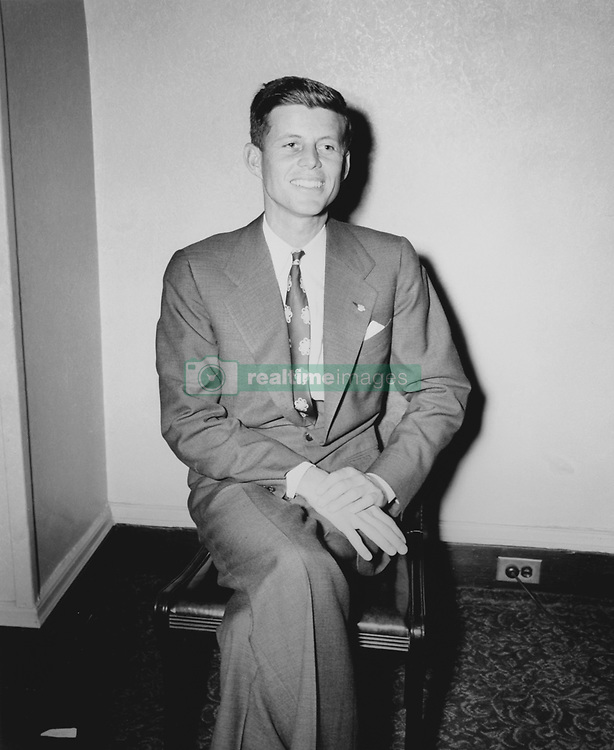