May 2, 2019 - Tripoli, Libya - A fighter from forces of the UN-backed Libyan government prepares for the attacks during clashes with the east-based army in Salahuddin, Tripoli, Libya. A total of 376 people have been killed and 1,822 others injured in the fighting between the UN-backed Libyan government and the east-based army in and around the capital Tripoli so far, the World Health Organization (WHO) said Wednesday. (Credit Image: © Amru Salahuddien/Xinhua via ZUMA Wire) 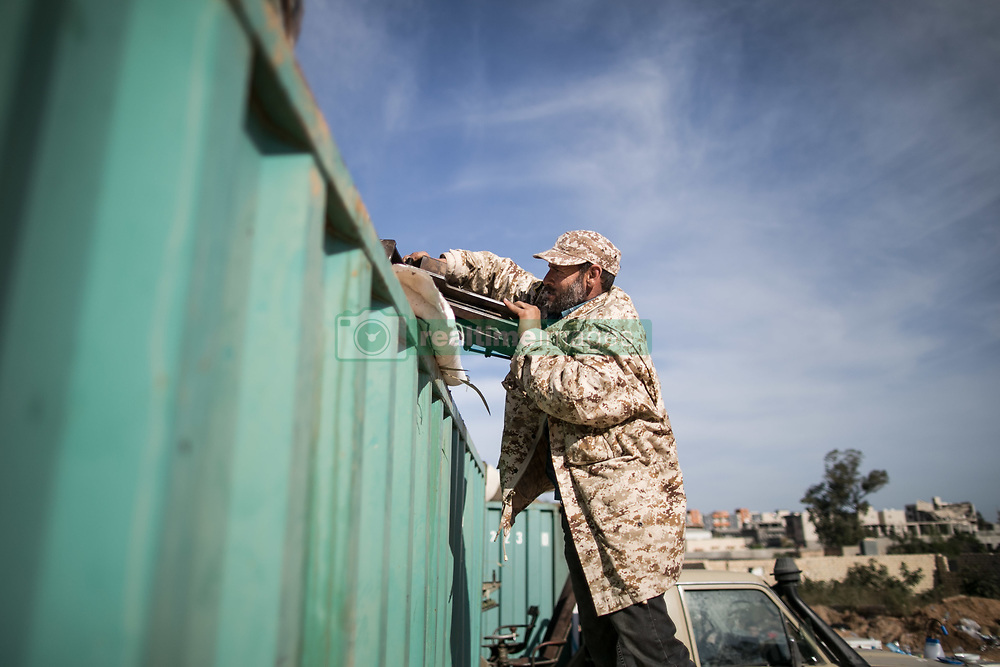