October 5, 2016 - Athens, Greece - An Afghan with his son at their tent in a sports facility in the olympic complex at the former Athens airport of Athens, Greece on October 5, 2016.Almost 2,500 migrants and refugees, mainly Afghani, are housed at the former Athens airport site, and to an olympic complex used in the 2004 Olympics. In total 60.736 refugees and other migrants are stranded in Greece. (Credit Image: © Panayiotis Tzamaros/NurPhoto via ZUMA Press) 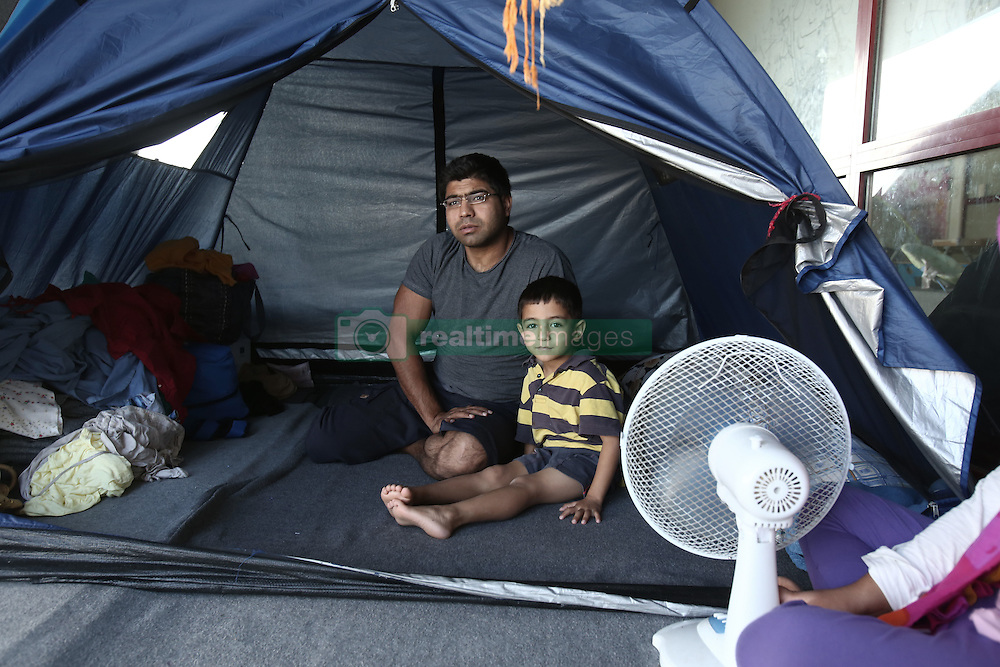