Former United States President Ronald Reagan waves from Nighthawk 1 as he takes one last aerial tour of Washington, DC before heading home to California on Inauguration Day, January 20, 1989. The helicopter flew from the grounds of the US Capitol to Andrews Air Force Base. In the background is the US Capitol. A Marine helicopter which has the sitting President aboard uses the call sign "Marine One." In this case, since Mr. Reagan was no longer the sitting President the helicopter was known by the call sign "Nighthawk 1" for the Marine Helicopter Squadron One (HMX-1), nicknamed the "Nighthawks." Photo by Pete Souza / White House via CNP /ABACAPRESS.COM 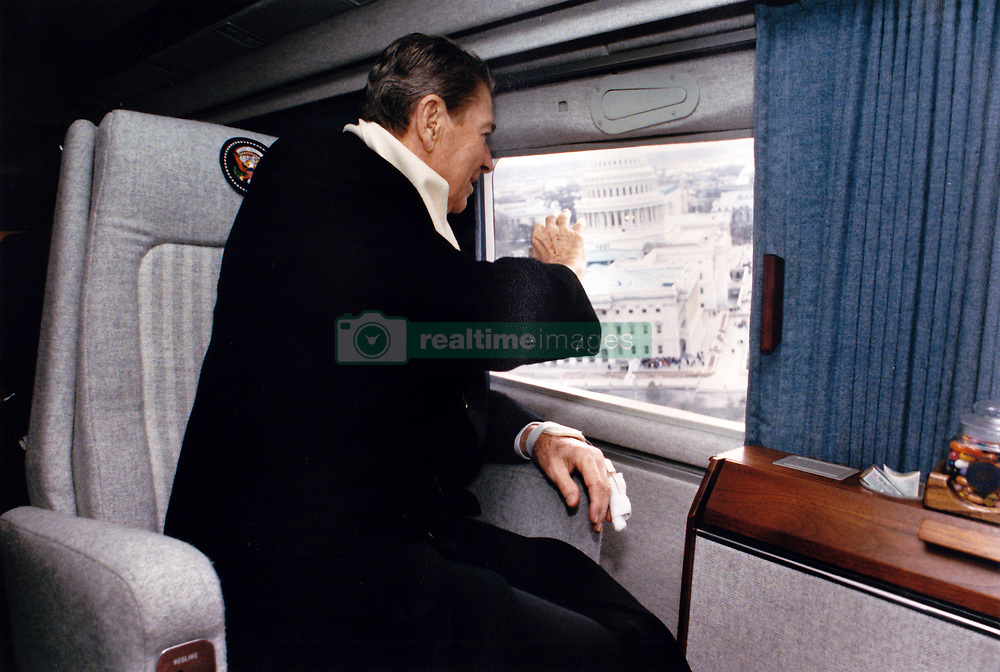