The Moon - (FILE) - Astronaut Edwin E."Buzz" Aldrin Jr., Lunar Module pilot, is photographed during the Apollo 11 extravehicular activity on the Moon on Sunday, July 20, 1969. He has just deployed the Early Apollo Scientific Experiments Package (EASEP). In the foreground is the Passive Seismic Experiment Package (PSEP); beyond it is the Laser Ranging Retro-Reflector (LR-3); in the center background is the United States flag; in the left background is the black and white lunar surface television camera; in the far right background is the Lunar Module "Eagle". Astronaut Neil A. Armstrong, commander, took this photograph with a 70mm lunar surface camera. Photo by CNP/ABACAPRESS.COM 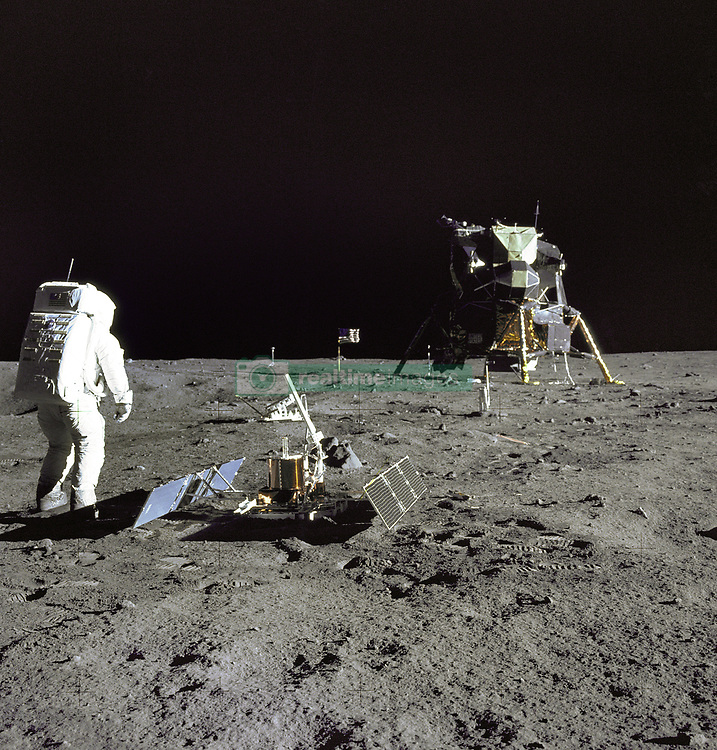