NELSON ROLIHLAHLA MANDELA (July 18, 1918 - December 5, 2013) world renowned civil rights activist and world leader dies at 95. Mandela emerged from prison to become the first black President of South Africa in 1994. As a symbol of peacemaking, he won the 1993 Nobel Peace Prize. Joined his countries anti-apartheid movement in his 20s and then the ANC (African National Congress) in 1942. For next 20 years, he directed a campaign of peaceful, non-violent defiance against the South African government and its racist policies and for his efforts was incarcerated for 27 years. PICTURED: Jan 28, 2011 - Sweden - NELSON MANDELA and INGVAR CARLSSON during a visit to Sweden. (Credit Image: © Aftonbladet/IBL/ZUMAPRESS.com) 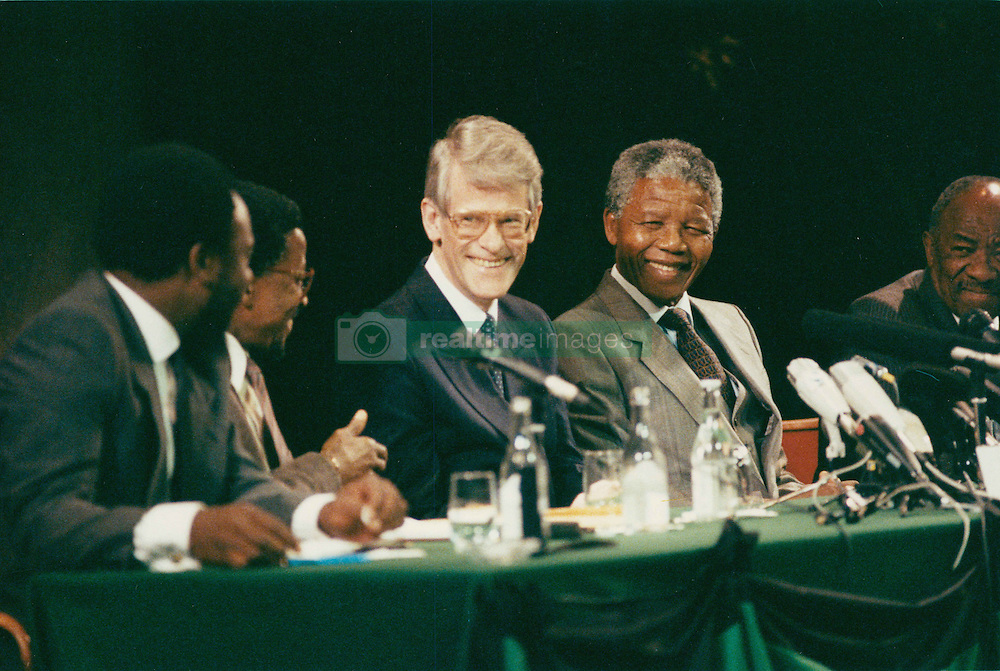