August 7, 2017 - Buenos Aires, Buenos Aires, Argentina - Outside the Parliament a protest was carried out to ask for the appearance of Santiago Maldonado, the artisan of Chubut whose whereabouts has not been known since August 1st. At the end of the peaceful demonstration, a group of people linked to an anarchist group - several with hoods covering their faces - began to attack the police and the journalists who covered the march. The group violently beat several journalists and set fire to a police motorcycle. (Credit Image: © Claudio Santisteban via ZUMA Wire) 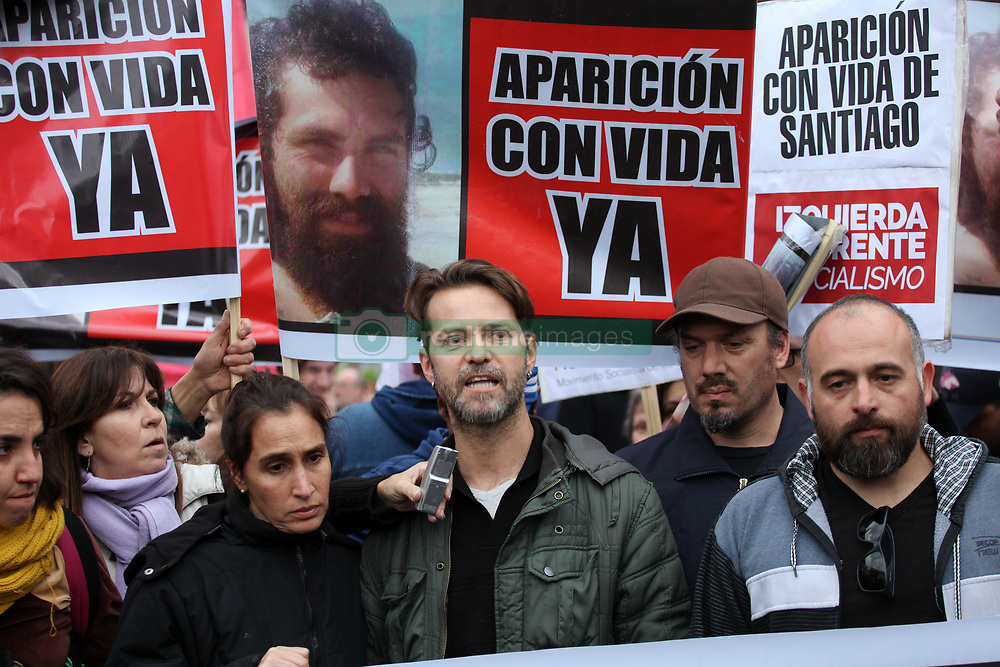