August 22, 2017 - inconnu - Hereâ€™s a new all electric version of the iconic Volkswagen Kombi van. Called the ID Buzz, it could be in sale as soon as 2022.The MPV is all-wheel drive with electric motors on front and rear axles.It was unveiled as a concept vehicle in January but has now been given the green light to be built.The concept had like an augmented reality HUD, laser-guided self driving capability, video cameras instead of mirrors, and the ability to remove both the dash as an infotainment tablet and the car audio system for outdoor use at the beach.The full specification of the production vehicle has not yet been revealed.The modified production version will be targeted mainly at the USA, Europe and China.Final specifications are yet to be defined, but won't be fully autonomous. Volkswagen says it will have level 3 self-driving capabilities upon launch, but has hinted that full autonomy should be possible by 2025.The I.D. Buzz will come in two versions â€“ a Kombi-style microbus and a commercial city delivery van to take advantage of the large cargo capacity created by having batteries and drive-train stored flat under the floor.No information is available yet on power, battery capacity, price, or it the removable dash and stereo as shown in the concept , will be part of the production modelVolkswagen CEO Dr Herbert Diess revealed: ''After the presentations at global motor we received a large number of letters and emails from customers who said, 'please build this car.'' Now we're bringing it back by reinventing it as an electric vehicle.'' He said the vehicle has a long wheelbase with short overhangs, allowing for a massively spacious interior and great proportions. He added: â€œThe vehicle looks like a compact commercial van on the outside, even though it offers the generous interior space of a large SUV .â€In the concept car, the driver's seat can be turned around and the driver can face the passengers in the back. Laser scanners, ul 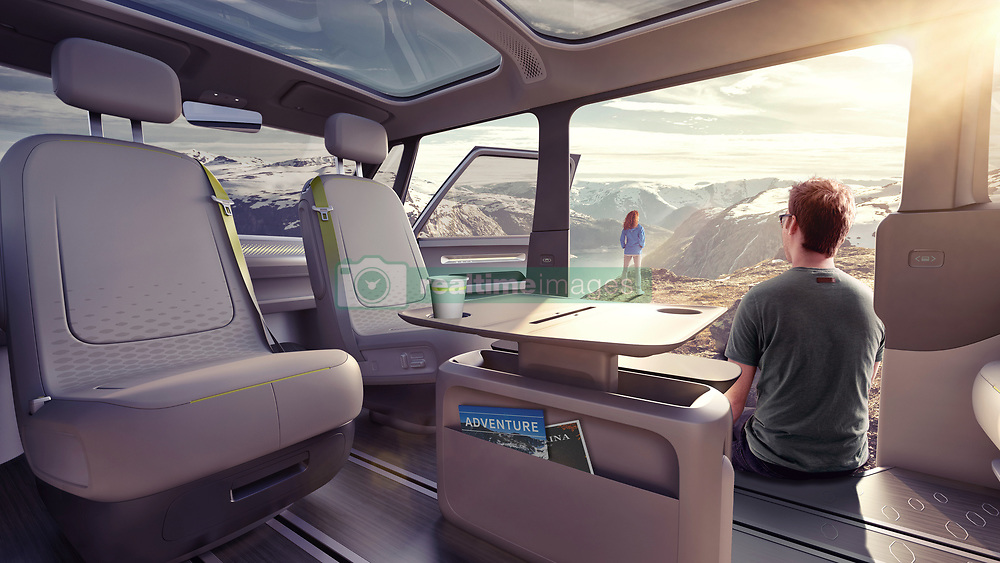